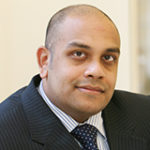 The new (2016) junior doctors’ contract can be a very divisive topic among the medical profession. I would argue the reason for this is that the contract was seen by some as a possible panacea for all the problems that face the NHS. Exception reporting is a new mechanism that forms a core part of the new contract, and which was introduced to address some of these problems.

It gives junior doctors the means to formally report a range of breaches of their intended work—whether that is doctors working beyond their agreed hours, safety concerns within the clinical setting, or even educational activities being sacrificed for service provision. It gives an incredibly broad set of contractual rights and powers to junior doctors, and is overseen by a “guardian of safe working.”

The previous contract made the safety mechanisms only meaningful because of the rate of fines, thereby allowing poor employment practices such as settlements and gagging clauses to prevent doctors speaking out. However, exception reports cannot be ignored; they provide a flow of information to the boards of NHS trusts, which means they become accountable. Exception reports, unlike the previous monitoring mechanisms, have reporting structures that sit alongside and which cannot be subject to settlement agreements that have confidentiality clauses.

The past two years have been marked by doctors uniting behind the idea that the NHS was not and is not working. We can all see it. The reason is not because a public health system cannot work— the problem is one of neglect.

Successive governments have purposefully chosen to focus on symptomatic therapy and short term wins, rather than active management of the underlying disease. Many argue that the problems of the NHS cannot simply be resolved with more money. And it’s true that most debates in life are never binary.

However, resource allocation is a huge motivator and can be a very efficient way to pinpoint where there are problems in the system. Exception reporting was a tool that was originally suggested in a different form by NHS employers, however, we negotiated it into a very different mechanism for the benefit of junior doctors and the NHS as a whole.

A mechanism was needed to gain a granular understanding of where there are gaps in resource and safety problems. Once we came to this conclusion, the full extent of the possibilities of exception reporting became obvious.

Frankly, the way the contract is written means that there is nothing exceptional about what is being reported; it is daily life for juniors, who we know regularly work above and beyond their contractual requirements. But we needed a reporting mechanism that exposed this reality and which could not be suppressed, like the previous system of monitoring. We needed a system that was more transparent, and which could not be manipulated through institutions’ use of gagging clauses to settle cases.

Exception reporting, as a concept, broke the ability of an employer to simply ignore the outcome; the summary of the reports has to be communicated all the way to the board of the organisation.  There is also no arbitrary threshold to start the reporting process, unlike the previous system. If only one doctor is affected, they have the power and authority to report. They report to an individual who is empowered to take that report all the way to the chief executive. Suddenly, every single junior doctor could become a canary in the mine—and not in the abstract way that often marks the political rhetoric of politicians and NHS senior management, but in a genuine way that could not be ignored. Junior doctors, supported by an incredible majority of NHS staff and a majority of the general public, have fought for and gained this right.

Many within the NHS have come to see the power of exception reporting. Even the GMC has endorsed this process and encouraged junior doctors to raise their concerns. It is time we all support and celebrate a mechanism that can genuinely be used to raise concerns across the NHS for tens of thousands of staff. No one can ignore the flood of reports that should be coming in across the NHS, and which show a system constantly under incredible strain.

Recently a friend of mine, a paediatrician, described how reporting was discouraged within his department—often by committed staff who care deeply about the children under their care. The argument was that as doctors, we don’t “clock watch” and do “that kind of thing.” I disagree. Exception reporting is not beneath us.

In fact, that department was chronically underfunded, and it was so chronically understaffed that its very sustainability was questioned. I’d argue that departments like this, filled with incredible professionals committed to the care of patients, can be found up and down this country. If we want to truly save them, and therefore improve the care offered to patients, we need to know that these departments are understaffed. We need to know that these departments are starved of resource. Juniors must exception report to make sure that we can save these departments. If we know the need and show the gaps, then ignorance is no longer an option. For trust boards to not act on these reports would bring them into serious breach of their responsibilities to the populations they serve. Exception reporting even gives management at a senior level the information to demand the resources they need.

If you’re a doctor, nurse, allied health professional, or even a patient, make sure you tell the next junior doctor you see that they need to exception report. We must not stay silent while staff are being stretched, departments are falling apart, and, as patients fail to receive the care they deserve, which should be provided by well rested doctors. If we do nothing, ultimately, the system will destroy itself.

Johann Malawana is a member of the Council of the British Medical Association and the former Chair of the Junior Doctors Committee at the BMA, as well as the lead negotiator on the 2016 Junior Doctors Contract.

Competing interests: Johann Malawana is the founder and course director of The Healthcare Leadership Academy, a CIC, not for profit, social enterprise. He is the co-founder and CEO of Vopulus Ltd, a medical education technology company.

This article also appears on the Healthcare Leadership Academy site.