After a “rollercoaster” year the World Health Organization (WHO) elected its ninth Director General (DG) in May 2017. The new DG has received many congratulations, but it is equally important to congratulate the WHO for opening up the process by which the DG was appointed. As Dr Tedros Adhanom Ghebreyesus said in his acceptance speech: “This election has been unprecedented in that it brought transparency to the organization, and even greater legitimacy to the Director General.” Indeed, this was an excellent outcome for Dr Tedros who was elected by a large majority of 133 votes, which will prove to be very important as he implements his campaign program.

It’s important to remember that the WHO DG election is an intergovernmental process within the framework of an international organization and not a popular election process. The new process was developed because of strong dissatisfaction among member states in the African Region that led to tough political negotiations between 2011 and 2013 to agree a selection procedure that balanced out the “big power domination.” At present WHO’s process is way ahead of all other organizations within the UN system.

A major change was to move from a closed election process by the 34 WHO Executive Board members to a two-stage process: the selection of the final three candidates by the Executive Board in January followed by a vote four months later at the World Health Assembly of all 194 member states. The vote in both cases is still conducted by secret ballot. This change has lengthened the formal campaign period from six to 13 months and member states have put in place a code of conduct to protect the integrity of the now longer election. The code was formulated to send a clear message about expectations and one of the issues for member states to consider is how to strengthen it in the future.

While we believe that the election outcome vindicates pre-election optimism, it must be remembered that a very different outcome could have been possible. A thin majority and split membership would have weakened the organization as a whole and the DG in particular. So this time around the WHO may have got lucky!

The WHO Executive Board has decided to establish a small evaluation management group to revisit the election process. Sadly this does not include civil society or any outside election observers or experts, but this could still be amended. At a minimum the WHO should invite stakeholders and observers to send in observations and proposals on how to improve the election process. We make a number of proposals related to exposure and transparency for WHO to consider as it refines the process and the code. But with a view to future elections we highlight the need for a new mechanism that ensures the principles laid down in the code of conduct are adhered to.

Greater exposure for all candidates: did it work?

In line with the principle of more exposure the campaign process included formalized dialogue between member states with the candidates, which were webcast, as well as other opportunities for public interaction organised by think tanks and academic institutions. While the intent must be welcomed a critical assessment by the evaluation management group is required.

It should consider whether the WHO candidates’ forum and the web forum were effective in assessing the candidates. We believe the long list of questions put to candidates by member states and the formalized interview of the six candidates in the first round were of limited value. We suggest that the WHO secretariat in cooperation with member states provide more guidance to make this useful and above all strategic.

The public debates and discussions were informative, respectful and civil but observers commented that it was difficult to differentiate the key policy positions of the candidates. This of course is due to the specifics of the organizational context. What might be frustrating for observers and media is a responsible approach to avoid polarization between candidates and the countries which support them so that the WHO remains as one after the election. A divided membership has been avoided this time around and Dr Tedros is receiving broad political support post-election.

We suggest that the public dialogues could be more structured and coordinated to give the candidates an opportunity to provide more expansive answers.  One possibility could be a series of in-depth debates on key global health topics, organized in conjunction with other health conferences and regional meetings. Yet we want to underline that many of the qualities a WHO DG needs, including the leadership skills to challenge member states, cannot be assessed through technical debates. Great political acumen is needed in the delicate balance between WHO as a political and technical organization. Indeed as health becomes ever more politicized this has potential to derail the election process in the future.

In particular the role of media agencies, with which candidates had differential degree of engagement, will need careful review. While these might have had influence over public perceptions, we believe their role in influencing foreign policy positions by governments was negligible. Still, some of the reporting did express an apparent gender bias which cannot be accepted. Also, negative commentary increased in the final stages of the process. The evaluation group must address the risk for future campaigns, as media interest and social media involvement will surely be more intense.

Transparency of campaign finance: was it sufficient?

While some candidates published the finances for their campaign activities, one of the requirements in the code of conduct, the level of disclosure varied. Not every candidate published fully the amount and sources of funding by which campaign activities were supported. It was also challenging to identify campaign teams. It may to a certain extent be illusory to expect self disclosure of the campaigning conducted by sovereign nations, these are candidates of countries after all and not independent individuals. Lobbying to gain support for a candidate from member states can be expressed in many different ways, which makes it difficult to segregate financial flows and money directed exclusively to the support of a candidate’s campaign and other means of expressing (and gaining) support through foreign policy deals or development cooperation. No code can completely balance out political power and money but the evaluation management group must consider the disparities in terms of financial and logistical support between the DG candidates that became more obvious over time, especially in the final stage of the campaign process and in relation to the amount of bilateral visits.

The evaluation management group should also consider the strain candidates experience in a 13-month campaign process followed by a very short five-week transition period for the winner. We believe the campaign process is too long and the transition period too short. However, it may be challenging to shorten a campaign period with a two-stage selection procedure. We also believe the extensive number of country visits by candidates is a drain on them and on countries, but we can understand why there may be resistance to not having them. Possibly some element of standardization could be introduced.

An additional mechanism is needed

This leads to our key suggestion: we propose that WHO establish an independent election monitoring body, comprised of reputable individuals who are trusted by DG candidates, member states and the broad global health constituency. It would be put in place as the process starts, watch it carefully, handle complaints and undertake inquiries for any alleged breaches of ethical conduct brought forward during the process; after the process it would issue a report and recommendations.  It would serve as a soft mechanism, yet stronger than peer pressure and more credible than an in-house mechanism, to encourage compliance with the code and watch over the fairness of the political process. One thing is sure: it will get tougher next time around (between 2021 and 2022). Political pitfalls will increase and WHO will need a reliable process that protects the unity of the organization and the legitimacy of its Director General. 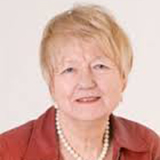 Gian Luca Burci is adjunct professor of international law and senior fellow of the Global Health Centre, Graduate Institute of International and Development Studies, Geneva, Switzerland.  He was Legal Counsel of WHO from 2005 to 2016 and served in legal positions in WHO, the United Nations and the International Atomic Energy Agency. 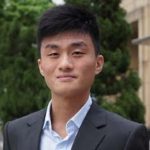