We should learn from the success of the Mental Capacity Act, and consider introducing capacity-based assessments for parental autonomy 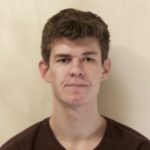 The year is 2040. After years of campaigning, the UK introduces its first assisted dying legislation. Active euthanasia is legalised for those suffering from a terminal illness and a number of patients make use of the legislation in the following months.

A few years later, a baby lies in a London Hospital, trapped in a bitter dispute between his parents and doctors. He lives with a terminal illness causing some pain, but doesn’t require ventilation or life support. His doctors believe it in his best interests to die, and to his parents’ horror, recommend that he should undergo active euthanasia to alleviate his suffering. The courts rule in favour of the doctors’ judgement and prevent the parents from removing their child from the hospital. The baby dies by lethal injection a week later.

Although such a scenario may feel like a dystopian nightmare, it is no longer difficult to imagine. The courts’ judgement on the Charlie Gard case effectively amounts to a justification for passive euthanasia—the withdrawal of medical treatment with the purpose of ending life—against his parent’s wishes. If we are to be convinced by euthanasia campaigners, who argue that there is no moral difference between withdrawing life-supporting treatment and administering lethal treatment, it is difficult to draw an ethical distinction between the cases. Such a scenario provides a disturbing insight into the natural conclusions which follow from the thinking behind the Charlie Gard ruling.

This isn’t to scaremonger. The most recent assisted dying bill debated in Parliament in 2014 neglected to mention child euthanasia, and the care of children has been largely ignored in public discussion of the topic. Yet in countries where adult euthanasia laws have been introduced, similar measures for children have followed soon after. In the Netherlands, for instance, child euthanasia remains technically illegal but is effectively decriminalised under guidelines set out by the Groningen protocol.

However, the real controversy of the Charlie Gard case isn’t whether it is in Charlie’s ‘best interests’ to die. Patients, doctors and parents make similar decisions in hospitals across the country every week and the idea that death can be in a patient’s ‘best interests’ is no longer a contentious one in modern medicine. Arguments about the sanctity of life, despite being used by the Pope and numerous media commentators, have little role in this case.

Instead, as the report filed by Great Ormond Street Hospital acknowledged, the contentious aspect of the case is the issue surrounding parental autonomy. “A world where only parents speak and decide for children is far from the world in which GOSH treats its patients,” read the statement filed to the court. However as the intuitive response to the above scenario reveals, while recognising the limits of parental autonomy, we also regard it to hold some value.

How might we navigate this dilemma? As clinicians, what the case of Charlie Gard should teach us is that our current approach to parental autonomy is not fit for purpose and is little more than a façade.

What is a right to decision-making worth, if the right to make decisions is conditional on doctors and judges agreeing with them? That is the question Charlie Gard’s parents have been left with. It’s also a question which echoes paternalistic medicine, where doctors historically acted in a patient’s ‘best interests’, without involving them in decision-making. As the importance of patient autonomy increased, such practices increasingly came to be viewed as problematic.

This problem was solved by the introduction of the Mental Capacity Act 2005, which provided a framework around which to safeguard autonomy. It allowed doctors to assess whether patients had capacity to make decisions, and if they were deemed to possess capacity, safeguarded their right to autonomy. Doctors were no longer able to over-ride a patient’s decisions simply because they disagreed with them. Instead, doctors were only able to over-ride a patient’s wishes if they had identified an objective problem with their decision-making processes, centred around their ability to understand and retain the information necessary to make and communicate an informed decision. These capacity-assessments, which require fewer value judgements than paternalistic decision-making, now form the legal basis of patient autonomy.

Perhaps then, legislators should learn from the success of the Mental Capacity Act, and consider introducing capacity-based assessments for parental autonomy. Such assessments would clearly require a criterion in addition to those outlined in the Mental Capacity Act—to ensure that parents act in good faith—to safeguard against maleficence and abuse. Nonetheless, developing such a criteria would not be impossible.

Of course, it might be that such a framework would not have changed the outcome of the Charlie Gard case. Doctors and judges may have determined that Charlie’s parents lacked capacity—due to the emotional turmoil of the situation, or their inability to understand the technical detail of the case—although it is not possible to assess this from afar.

However, what a capacity-based assessment of parental autonomy would do is introduce some consistency in the law, and provide a far more sophisticated and ethically justified approach than the one we currently have. It would be honest with parents about when they have a right to make decisions on behalf of their children and when they do not, rather than offering parents the façade of parental autonomy before selectively over-ruling the decisions doctors disagree with.

If clinicians are to show integrity and dignity to their patients and their families, the law should equip them with transparent guidance to do so. The uncertainty surrounding the case of Charlie Gard and the despicable abuse levelled at Great Ormond Street Hospital staff should provide a strong impetus for reform of the law. Only once we’ve clarified our own attitudes towards parental autonomy can we begin to effectively communicate decisions to patients, their families and the wider public. Until then, our collective doublethink surrounding parental autonomy will only contribute to greater uncertainty.

George Gillett is a student doctor and freelance journalist. He tweets at @george_gillett