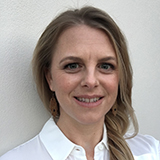 It’s been 18 months since I witnessed the decimation of our fully functional hospital in Kunduz, Northern Afghanistan by aerial bombardment. I still can’t find words to adequately describe the all-consuming panic, nauseating fear, and chest-clutching grief that clouded my judgement as I darted between my friends, my colleagues, their dying bodies ripped apart by over 200 missiles that rained down through the ceiling of our hospital that night. Oh the shock, the disbelief, the devastation of trying to process the image of the smouldering remains of our intensive care unit, our emergency department, our operating theatres; the 42 charred bodies of our staff and patients lying amongst the ashes.

Until the Médecins Sans Frontières-run Kunduz Trauma Centre in Northern Afghanistan was bombed on 3 October 2015, I believed that hospitals were protected from military attack under International Humanitarian Law. I was naive to the fact that hospital bombardment was increasingly being used in most active conflict zones as a tactic of warfare. But after seeing it with my own eyes, I am now acutely aware of the staggering reality. 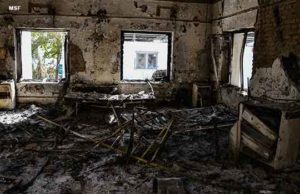 Recently termed the “weaponisation” of healthcare, hospital bombings are now part of a multi-dimensional war strategy which uses large scale violence to deprive people of their access to healthcare. (1) And the numbers are astounding: since the beginning of their respective conflicts, over 450 hospitals in Syria and over 160 hospitals in Yemen have been bombed. (2) In response to these sobering conditions, hospitals in Syria and Yemen are now built underground, their GPS coordinates are kept secret, and doctors disguise themselves to hide their occupations.

While Syria and Yemen are currently the most affected, this is not a unique, isolated problem. In 2016 alone, 23 countries suffered attacks on healthcare. (3)

Despite calls from all the major international health related organistions and even a UN Security Council (UNSC) resolution last year demanding that all warring parties fully comply with the rules of war, (4) hospitals continue to be bombed with impunity. The relentless bombings of hospitals in East Aleppo continued until there were no functional facilities remaining and the number of health workers was in single digits.

How is this allowed to go on? As the international president of MSF, Dr Joanne Lui, said in her address to the UNSC, “there is a complete lack of global political will.” (5) And when most permanent members of the UNSC are in some way party to the conflicts in question, it is easy to imagine the barriers to enforcing any UN resolution.

But I think it is more than just political apathy. I believe there is a global apathy, a social and personal one, evident in the way these attacks are conceptualised, defended, dismissed, and even justified in the minds of the average citizen.

After hearing my story, people say to me:

“But Kass, war is chaos, and when the modern day warfare is conducted in urban environments, not on a battlefield, don’t you think collateral damage in inevitable?”

“But Kass, hospital attacks are not a new thing – they have been happening for decades.”

“But Kass, how can you expect ‘terrorists organisations’ to obey the rules of war?”

“But Kass, these doctors have a choice. They could flee if they didn’t want to be killed.”

So while it may be true that war is often chaotic, and correct to state that there have been hospital attacks in the past;  the pattern, frequency and nature of these attacks has changed considerably. 90% of attacks on hospitals are perpetrated not by rebel groups or non-state actors, but by Nation States who have signed the Geneva Conventions (2), all of whom are using aerial bombardment to deliberately and systematically target hospitals. These attacks are not simply ‘mistakes’ occurring in the fog of war – collateral damage, if you will. This is a weapon of warfare and indeed unprecedented (1). And while perhaps some can find a deluded way to justify the bombardment of military hospitals seen to be patching up combatants to send back out onto battlefield; how can one possibly justify the bombardment of maternity and paediatric hospitals?

And yes, some medical staff in these war zones have the option to flee. In fact the majority have (6). The brave ones who remain do so chiefly out of a sense of obligation to their community. They know that if they leave, there will be no one left to treat the four-year-old girl with the traumatic leg amputation. And when the alternative is to flee to a foreign land where the refugee quotas are saturated, and there are no guarantees of security or even an ability to meet the most basic human needs; really, what are their options?

War is inevitable. History tell us this. But where does it leave us when we, as doctors,  passively accept that today’s wars can be fought without the rules designed to maintain a degree of humanity in an otherwise catastrophic environment?

So when we hear of these hospital attacks, we should not try to process them into more digestible pieces of information, downgrading their true horror and accepting it as “just the way it is.” As doctors, with privileged insight into the fragility of human life, we should instead reflect upon these events with humanity. We should feel a sense of outrage to such injustice. We should openly condemn these war crimes. We should push our national medical associations to be active in publicly censuring such attacks and demand that our governments do what they can to stop it happening. The World Medical Association and the International Council of Nurses have already been active in this arena, and their work should be adopted by all national associations (7).

Without the collective support of the international community from the individual citizens to the highest representative bodies, the UN will be impotent in enforcing the rules of war.

If we remain silent about hospital attacks, we must acknowledge that we are complicit; and this new norm will continue to be tolerated. This makes the future of medical humanitarian work in conflict zones infinitely more difficult, if not impossible, creating an unbearable situation for our international colleagues and forsaking the needs of our patients.

And if we, as individuals currently living with the luxury of peace, are unconvinced by a humanitarian imperative, we need to consider that a time may come when we, or the next generation of doctors, may find ourselves caught up in a war closer to home with no sanctuary or protection in which to look after our patients.