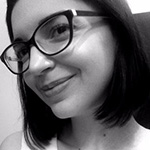 The Committee on Climate Change (CCC), the UK government’s official climate adviser, recently delivered its latest assessment of the UK’s progress to reduce greenhouse gas emissions (GHG) and prepare for climate change. In its latest report to parliament, the CCC warns that progress made so far to transition to a low-carbon economy is at risk of stalling if the government does not deliver new plans.

The CCC was established under the Climate Change Act 2008 to monitor policies put forward by the UK government to meet its statutory obligations on reducing GHG. The CCC is chaired by the Rt Hon Lord Deben and is made up of eight independent experts in the fields of climate science, economics, behavioural science, and businesses.

The CCC is a unique advisory body and it has sounded the alarm: the lack of government action on climate change is jeopardizing the UK’s transition to a resilient, low-carbon economy. The committee acknowledges that there are reasons to celebrate, including the fact that greenhouse gas emissions fell by 42% since 1990. However the lack of a plan to achieve an 80% reduction in greenhouse gas emissions by 2050, set in UK law, is concerning.

In its report, the CCC stresses that the reductions in emissions have largely been confined to the energy sector, whilst emissions from transport and the UK’s building stock are rising. Emissions from buildings have risen in the last two years and the CCC recommends a series of measures to make buildings much more efficient and guarantee that we use less energy to heat them. Emissions in the sector must fall by around 20% between 2016 and 2030, and this will not only help tackle climate change, but also make life better for consumers. Energy efficiency measures reduce demand for energy and therefore considerably reduce the cost to ordinary people by making houses cheaper to run.

Transport emissions are also going up despite a good uptake of electric vehicles. Emissions from transport represented 26% of emissions in 2016, making it the single biggest contributor. In comparison, power, building, and industry accounted for 17%, 19%, and 22% of emissions in 2016 respectively. Reducing transport emissions is also an opportunity to improve health by tackling air pollution. Climate change and air pollution are intertwined and solutions to both challenges, such as promoting zero-emissions transport i.e. cycling and walking, are public health and environmental win-wins.

The CCC calls for the publications of two plans: one to reduce the UK’s emissions of greenhouse gases and meet the fifth carbon budget, which sets new targets and is now enshrined in UK law. The Clean Growth Plan is supposed to set this out, but publication has been repeatedly postponed and is now expected in early September. The UK government must also come up with a second plan to improve the UK’s resilience to the risks from climate change. To this end, the CCC recommends an urgent update to the National Adaptation Programme so that it can be published in early 2018.

Far from spreading doubts about the UK’s ability to tackle climate change, the CCC’s word of caution is actually a call for action. Continuous progress and action to reduce the UK’s greenhouse gas emissions have happened at a pace not anticipated even five years ago. The CCC is simply flagging that we need the government to clearly explain what policies it will implement to successfully continue this action. The report also reaffirms that the process of leaving the European Union should in no way delay action.

Pauline Castres is Policy and Communications Officer at the UK Health Alliance on Climate Change. She has a strong public affairs and policy background from Brussels, previously having worked on health and food policy at the European Consumer Organisation (BEUC).