The Queen’s speech contained a couple of healthcare measures, calibrated to appeal without addressing the underlying crisis, says Mark Porter. 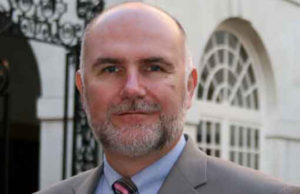 There is an undeniable crisis unfolding in our NHS. Politicians are consistently missing their own targets, hospitals are in the red, and GPs are unable to keep up with the number of patients coming through the door. NHS Improvement announced just last week that the overall trust deficit was a mountainous £791 million, and many NHS trusts are struggling to deliver basic care to patients in a climate of rising patient demand and declining resources. Patients are waiting longer, with access to fewer services.

Undeniable, except in one way. The government did not acknowledge this in the Queen’s speech this week, or the budget in March. Services are at breaking point, but the government has chosen to stick its head in the sand, ducking the big issues that undermine the delivery of care.

Instead, the Queen’s speech contained a couple of healthcare measures, calibrated to appeal without addressing the underlying crisis.

Many hospital departments and GP surgeries have numerous unfilled vacancies. Junior doctors try to cope with rota gaps on a daily basis. This creates a vicious circle, adding to existing pressures on doctors, further increasing the risk of burnout, and making whole areas of medicine less attractive to doctors in training. A government that is serious about strengthening patient safety would listen, recognise the desperate need to attract more doctors in key areas, and act. It must also end the public sector pay cap by which NHS staff pay is cut every year.

It was also announced on Wednesday that there would be a review of mental health legislation, but this area too is in desperate need of investment. People with mental health problems are among the most vulnerable in society. Many patients have to travel hundreds of miles for treatment, when they would be better treated nearer home; many do not have any access to outpatient talking treatments for common mental illnesses or have to wait a year or more; others have taken their own lives before receiving treatment. The NHS has let these patients down. Until the government guarantees extra funding, the measures outlined in the Queen’s speech won’t address the greatest risk.

The government must reduce the impact that leaving the EU will have on health and social care across the UK, particularly on staff recruitment. Both the prime minister and the health secretary have recently been keen to assert that they would guarantee the rights of EU citizens working in the NHS—a welcome relief. For the thousands of European doctors working in the UK, Brexit has led to anxiety and uncertainty as to whether they and their families will have the right to stay here. However, Wednesday’s speech didn’t envisage any future recruitment from the EU, saying instead that the government would repeal EU law on immigration, primarily free movement. To simply close our borders altogether would damage patient care.  Medicine is an international community of learning and it thrives on the interchange of experience, knowledge, and training. Yes, we need to make medical workforce planning better to reduce rota gaps and unfilled vacancies, but closing our borders won’t achieve this. International doctors bring great skill and expertise to the NHS. Without them, our health service would not be able to cope.

The solution to the snowballing issues in our health service is to increase the amount we spend on the NHS—our society’s investment in its future wellbeing. Health spending is a political choice, but it’s a choice from which our government is hiding.

We know that investment in healthcare mitigates health costs for individuals, improves the overall quality of life, and supports the principle of universal access to a comprehensive healthcare service. If health needs are not met by public health services, the costs do not disappear, but still have to be borne by the population as a whole. And yet, our country still spends a smaller share of its national wealth on healthcare than the European Union average. This is why the BMA is calling for spending on the NHS to match that of other leading EU countries – rising from the current level of 9.8 per cent of GDP to 10.4 per cent, the average of the 10 leading EU economies.

The public no longer believes that the health service is undamaged by relentless spending cuts.  We know what kind of NHS we want for patients. Now the government must make the same choice. Does it really want to be remembered as the government where the waits got longer, the excuses got thinner, and the debts started to pile up? Or will it finally invest in the health service it promises—the one our patients rightly expect?