It is not clear what we mean by resuscitation, says Martin Brunet. 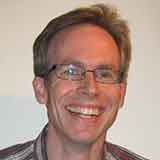 The phrase, “Do Not Attempt Resuscitation” has become a problem. Of course, it should be “Do Not Attempt Cardiopulmonary Resuscitation,” but few have lips nimble enough to find their way around the extended version. Even in the abbreviated form, DNACPR rapidly morphs into DNAR, or even NFR (not for resuscitation). Controversies are raging over the use of DNACPR decisions, especially around the emotionally charged issue of who should decide, with a high profile legal case in 2014 quite rightly stating that patients and their families must be involved wherever possible. A very commendable attempt to improve the quality of these discussions has led to the creation of the Recommended Summary Plan for Emergency Care and Treatment (ReSPECT), but this fantastic piece of work still has one fundamental problem—it uses the word “resuscitation”, and this word is no longer fit for purpose.

The first problem with resuscitation is that it is inherently optimistic: success is implied within the very meaning of the word. This is unusual in medicine. Treatment, surgery, medication, therapy, operation—these are all process words that may hint at the desire for a positive outcome, but that is all. There are no promises, no false hope, it might work, and it might not. Resuscitation is both a process and an outcome—if you resuscitate someone then they will have been revived. This is important, because to deny someone this optimism brings with it the emotional message that you are denying hope; the unspoken signal becomes one that the person is not worth it.

Of course, doctors are all too painfully aware that resuscitation often fails, and so the addition of the word “attempt”—problem solved; false optimism quashed by the reality check that we can only attempt to resuscitate makes it clear that this is not hope denied after all. Well, I used to think that. In my medical mind it was very clear, logical, neat, and tidy—until the family of a patient of mine recently threw all the furniture around my carefully constructed world view by asking the simple question: “Can’t we just try?” The problem is that “don’t attempt,” when you are desperately worried about your ailing relative, and only partway down the track of realising you might lose them, just sounds a bit too much like “don’t bother.”

Then there is the question of what we mean by resuscitation. As healthcare professionals we know exactly what we mean: chest compressions, intubation, defibrillation, all that sort of thing. It’s obvious, isn’t it? And that’s why we have a resuscitation room in every accident and emergency department where we do chest compressions and intubation. But sometimes we just give intravenous fluid, or a nebuliser, or transfer patients there because we are worried about them. Maybe we are not so certain.

If the medical profession is so contradictory about what we mean by resuscitation, is it any wonder that a DNACPR order can become conflated and confused by staff, or that patients find it to be “a big, scary acronym.” Changing the name won’t solve everything, but it could be a significant step on the way to making difficult conversations a little bit easier. “Allow natural death” is a comforting thought, but more of an objective than a clear instruction, and so “Do not perform chest compressions” would be my preference: it can only mean one thing, offers nothing it can’t deliver, and DNPCC is such a poor abbreviation that maybe, just maybe, we would resist the temptation to shorten it, and spare our patients the tyranny of another scary acronym.

Martin Brunet is a GP and GP trainer based near Guildford. He is passionate about the values of General Practice, and in particular the emphasis on listening to the patient. Twitter: @docmartin68

Consent obtained from patient’s next of kin.