What we are witnessing is war without restraint. But what do we do to stop it?

“No one is winning today’s wars, everybody is losing,” said UN secretary general António Guterres, at the UN Security Council on 25 May 2017, deploring the increasing attacks on medical facilities and staff in recent conflicts.

Politically, we are in gridlock. The Geneva Conventions and International Humanitarian Law (IHL) are treated with contempt by combatants. In the wars disfiguring the Middle East, doctors and health services have become high value targets: the further you degrade the health and medical infrastructure, the further you undermine the populations they serve. What we are witnessing is war without restraint.

But what do we do when nothing is working to halt this? The usual answer is that we do what we did before, but more so. We say the same things, just louder; we reach for the same levers, despite their failure to deliver. When war bursts its moral constraints, we turn to the United Nations Security Council (UNSC), or the International Criminal Court; but on this they seem powerless.

In response to this growing outcry, the Security Council passed Resolution 2286 with broad support from 80 UN member states. The resolution “strongly condemned attacks and threats against the wounded and sick, medical personnel, and humanitarian personnel exclusively engaged in medical duties”,1 while demanding that combatants stand by their obligations under IHL.

But nothing has changed. In the year that Resolution 2286 was enacted there were 74 attacks on 34 health structures operated or supported by Médecins Sans Frontières alone. For all the chest-beating and hand-wringing, war crimes continue with impunity. According to the president of Médecins Sans Frontières, Joanne Liu, despite its mandate for maintaining peace and security, “four of the Security Council’s five permanent members had been associated with coalitions responsible for attacks on health structures over the last year.”2 This continued failure of 2286 exposes the impotence of the world’s supposed highest authority.

We desperately need innovative ideas and new ways of approaching the problems. On the anniversary of the adoption of 2286, MSF and the British Medical Association held a roundtable discussion on protecting medicine in conflict zones. Present were humanitarians, medics, and experts in IHL drawn from the International Committee of the Red Cross, the Department for International Development, and Chatham House.

Matthew Taylor, chief executive of the Royal Society of Arts (RSA), was in the chair. With its mantra of “think like a system, act like an entrepreneur,” the RSA has a track record of providing innovative and disarmingly simple solutions to intractable social problems. Matthew proposed some guiding principles for discussion: think creatively while fiercely resisting old ways; tackle the incentives that fuel the problem; and subvert the narratives that strip you of power.

We came up with a sheaf of ideas. Some were linked to the existing power structures, others were more left field. Below are some we think have potential:

We don’t know yet which of these ideas we will pursue, nor which of them will work. But what is certain is that the old ways have failed and we need to try something new.

We’re not naive. We recognise the difficulty of the challenge. And we also need your help. If you have any ideas we would very much like to hear from you.

Julian Sheather is specialist adviser (ethics and human rights), professionalism and guidance, policy directorate, BMA. The views he expresses in his blog posts are entirely his own. 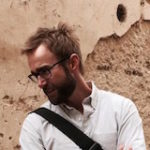 We would also like to thank Alastair McCready for his help with this article.