After India waited months to disclose that it had identified cases of Zika, Buddha Basnyat argues that withholding information about highly contagious diseases can add to the problem of containment 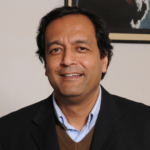 On 15 May 2017, the Indian Ministry of Health and Family Welfare (MoHFW) reported three laboratory confirmed cases of Zika virus disease in the Bapunagar area of the Ahmedabad district, Gujarat. Although these patients with Zika virus had been identified separately in November 2016 and January and February of this year, this was not disclosed to the Indian public until May 2017.

The patients had no history of travel. Two of these cases were identified in an ongoing surveillance of acute febrile illness (AFI). It is entirely possible that if more AFI surveillance is carried out in other parts of India (indeed, the rest of South Asia), the likelihood of finding more cases of Zika is going to be high. This is partly because the mosquito vector for the disease, Aedes aegypti, is found in abundance in many parts of South Asia.

The mosquito vector for Zika also transmits the better known dengue and chikungunya infections in many regions in South Asia. All three viruses (Zika, dengue, and chikungunya) have similar symptoms—that is, fever, headache, and rash, which makes specific clinical diagnosis based on just symptoms alone difficult. The life threatening hemorrhagic complications of dengue and disabling arthritis associated with chikungunya are well established. Zika’s potentially dire complications, thankfully, have not been documented in South Asia. Elsewhere, however, congenital infection with an unknown absolute risk of fetal abnormalities (microcephaly, for example), sexual transmission with potentially prolonged viral infection in sperm, and Guillain-Barre syndrome in patients have all been reported to be associated with Zika virus infection.

The International Health Regulations (IHR), an organization that works for 196 countries including member states of the World Health Organization (WHO) for global health security, have clearly stated that the WHO has to be notified when “epidemic prone” diseases like Zika virus are documented. However, the Indian government chose not to do this in November 2016—probably for fear of invoking alarm among the public.

But this line of thinking is clearly a double edged sword because not letting the public, including many doctors working in the community, know about an epidemic prone disease could be counterproductive.

Crucially, a new diagnosis of Zika is an important teaching moment, which can be used to reassure the community that for the vast majority of people Zika is a mild or subclinical, self-limiting illness. It’s also worth noting that the rate of transmission is hard to predict; for example, it seems to spread very fast in the Americas, but the epidemiology seems different in Asia and Africa—probably because its spread is dependent on vector competence, environmental suitability, or competing arboviral infections and risk patterns. Imparting this kind of knowledge is going to be beneficial to the whole community, including doctors in the region who may not be well versed about Zika but who now need to know more about the virus. Waiting for a larger outbreak of the infection before this is done is not advisable.

Clearly, the best practice is to disclose as soon possible when Zika virus is known to have been locally transmitted and the diagnosis of Zika has been established by accepted laboratory tests. Important public health measures—including vector control, avoidance of bites (especially if pregnant), avoidance of unprotected sex (if recently infected), and increased surveillance for the transmission of congenital infections—can then be strongly encouraged.

This is not the first time that reporting has lagged behind in India for a disease like Zika virus, which has the potential  to cause an epidemic. Nipah virus first caused an epidemic in Siliguri, West Bengal, India (which borders Bangladesh) in 2001, but the identification of the infectious agent of the epidemic was only published in 2006 when the samples were retrospectively analyzed with modern laboratory facilities, which may have been hard to access in 2001.

China’s SARS epidemic was clearly a lesson in government disclosure and accountability, as the country denied the outbreak for weeks with sad, unforeseen consequences. More recently, even where surveillance systems may be more optimally carried out than in India or in other South Asian countries, there has been immense problems with the containment of dangerous infectious diseases. The explosive outbreaks of MERS-CoV in South Korea in 2015 is a warning of the vulnerability of overstretched and unprepared healthcare systems to infectious disease outbreaks.

Holding back information about a highly contagious disease in such an environment may simply add to the problem of containment. It’s therefore best to level with the public as promptly as possible, start a responsible discussion that helps allay anxiety, and try to gain the trust of the community. Luckily, this time the problem did not get out of hand.

Buddha Basnyat is a clinician and researcher working in Kathmandu and affiliated with the Centre for Tropical Medicine and Global Health, University of Oxford, UK, and Patan Hospital, Kathmandu, Nepal.