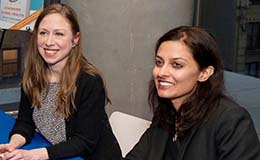 At this year’s World Health Assembly, member states voted by secret ballot to elect Tedros Adhanom Ghebreyesus as the new Director-General of the World Health Organization (WHO). He was selected from three shortlisted candidates, including David Nabarro and Sania Nishtar. He will assume his new position on 1 July 2017. This election represented a significant departure from the previous selection processes for DG, in which the WHO’s executive board determined the presumptive DG. While the World Health Assembly still had to approve the DG, it has never voted down a candidate recommended by the executive board. This year a more democratic process has also lead to a more expensive one—each of the candidates actively campaigned around the globe, supported by their respective governments.

It’s now almost trite to point out that global health entities have grown in number and scope over the past couple of decades. Yet this acknowledged proliferation of initiatives and the commensurate surge in resources for global health can obscure the unique position that the WHO continues to occupy. It remains the only global health agency able to create international law and binding regulations across countries. Even in the aftermath of the 2014 Ebola outbreak, despite multiple reports on the WHO’s failings to respond effectively, it is still the institution that the world looks to in a public health crisis—to respond, to manage, to control, and to help heal. We saw this most recently when Zika virus struck in 2015-2016 and all eyes turned again to the WHO.

Indeed, the DG of the WHO is an incredibly important position. The DG possesses a unique legitimacy derived from WHO’s member states to help set WHO’s priorities, get these funded, and convene member states in an independent forum to solve pressing challenges. The next DG must focus on what the WHO should be doing in standard-setting, global public goods production, targeted technical assistance, and pandemic preparedness—and, additionally, on what WHO should not be doing, because other entities possess sufficient capabilities and competencies to do so, or simply because WHO does not.

We believe the newly elected DG must move quickly to outline his vision for the organization.

Firstly, Dr Tedros must determine WHO’s priorities. We believe these priorities must include health emergency preparedness and response, continued technical assistance in key areas (e.g. TB and malaria), and plans on how it will help advance the sustainable development goals agenda, particularly as it relates to universal healthcare coverage and climate change. When setting these priorities, WHO must also clarify what it will not focus on and how it will support other actors—state, intergovernmental, non-governmental, and foundations—who are already tackling those issues.

Secondly, as a response to an organization committed to defining a more focused mission, member states should support either an increase in membership dues (which have been frozen for more than 35 years), or provide voluntary contributions to support the new DG’s work on defining priorities and any resulting reforms. One possibility is for the BRIC countries (which Chatham House analysis currently estimates contribute roughly 1% of voluntary contributions to the WHO) to provide funds to help the DG define WHO’s future. Based on what we’ve seen in other organizations and at the WHO itself, increased contributions would also likely increase BRIC countries’ voices in the organizational work to define future priorities and work towards their realization.

Thirdly, under the leadership of the new DG, WHO must adopt a clear, open information policy and commit to greater transparency about its work and the impact of that work around the world. Dr Tedros’s experience as chair of the board of The Global Fund to Fight HIV/AIDS, TB and Malaria will be valuable here given the great strides made by the Global Fund in this regard.

Fourthly, and a point which relates to the work required to define priorities, WHO must have clearer policies around how and when non-member states can engage in dialogue with it and be part of the work it is coordinating or actively engaged in.

Finally, a big test for both the legacy of the previous DG, Margaret Chan, and Dr Tedros will be whether the reformed health emergency programme will actually work in the next outbreak and whether WHO will perform its coordinating and response roles better than it did with the 2014 Ebola outbreak. Currently, donor countries do not seem to have much faith in the organization given that they barely funded the WHO’s emergency request for Zika. This underscores the need for the next DG to put into practice his past leadership experience and achievements and lead the organization into a clearer, if more narrowly defined, future.

Political analysis will be conducted over why Dr Tedros was elected over the other candidates. What is clear is that, as is generally true in UN elections, the result was a product of member states’ assessment of the candidates’ skills, liabilities, regional context, and their interpretation of the global political zeitgeist.

We hope that now Dr Tedros has been elected, he will have the unified support from all member states to start work immediately. Viruses, bacteria, protozoa aren’t waiting and health inequalities do not improve on their own. We have no time to waste.

Chelsea Clinton is Vice Chair of the Clinton Foundation and an Adjunct Assistant Professor at the Mailman School of Public Health at Columbia University.

Chelsea Clinton and Devi Sridhar are co-authors of “Governing Global Health: Who Runs the World and Why?” and write regularly at the Global Health Governance Programme.