What is the psychology and motivation for doctors who do wrong? Gwen Adshead discusses the Paterson case 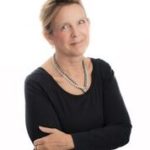 Ian Paterson is a surgeon who has just been found guilty of grievous bodily harm with intent. He faces a life sentence for deliberately carrying out operations, mainly on women, that he said were necessary to save their lives, but which had no therapeutic effect whatsoever and put their lives at risk. Many of the women had been referred to him for surgery as part of treatment for suspected breast cancer.

This highly trained and experienced doctor seems to have deliberately conned people into having surgery that they did not need, and in doing so convinced them that they were seriously ill and he was saving their lives. The question has reasonably been raised as to what his motivation could be. There have been references to Lancelot Spratt, surgeons with a God complex, and other familiar tropes. Making money seems an obvious motivator, and malevolence seems to be implied, although many patients commented that he was kind and charming. Inevitably the term “psychopathy” has been in use.

Less than 1% of doctors breach professional boundaries or laws; which is not only reassuring to all of us, but also a reminder that medical schools select people for prosocial skills and attitudes, which (it is hoped) will deepen and strengthen across a professional lifetime. The tiny minority who break the rules are therefore of interest, both in terms of their statistical rarity and the psychological efforts that they must make to abandon their role and identity as someone “good.” Robert Jay Lifton (2000) described this process in relation to Nazi doctors as involving a kind of splitting or “doubling” of identities.

In my experience as a forensic psychiatrist, it is commonplace for offenders to construct an alternative reality in their mind which provides a justification and rationale for their actions. Criminologists going back to the 1960s have noted that offenders use the language of “neutralisation” to create narratives that make them feel better about what they are doing. Typically, these narratives articulate the view that the offender is only doing what others do, or would do, in their position; that they have an excuse that reduces their culpability; or that others who are not in their position have no right to judge.

At Paterson’s trial, prosecutor Julian Christopher QC said that his motives remain “obscure,” however I suspect that Paterson had a self-justificatory narrative, in which he progressed from relatively minor cognitive distortions (Everyone glosses over surgical details with patients), to more major ones (It’s Ok for me to lie to patients). As the offending continued, Paterson may well have needed to make more efforts to convince himself of his narrative and to resist anyone who challenged him. It is clear from the record that he got on badly with colleagues and did not accept criticism or advice; even after the GMC and National Clinical Assessment Service had been involved. I suspect he came to believe that he was in the right; and that those who challenged him were motivated by personal hostility and competition.  In this sense, he displayed the characteristics of “hubris”; a state of mind that successful leaders can get into, whereby they lose sight of other people’s minds, and disengage from the social mentality with disastrous results for others (Owen & Davidson, 2009).

The GMC and the Medical Practitioners Tribunal Service place a lot of weight on doctors having insight into their problems. Unfortunately, “insight” is usually used here as a shorthand for “agrees with our criticisms.” Such an approach to insight has long been seen as limited because it does not do justice to the complexity of the process called mentalising, by which we come to be aware of the reality of other minds and other people’s mental perspectives. Paterson had clearly lost sight of other people’s perspectives; and it seems as though he turned a blind eye to any evidence that could have helped him “see” things differently.

There were repeated investigations and reviews in this case, going back to 1996; all focusing on his behaviour and lack of cooperation with colleagues. The Kennedy review (2013) makes it clear that these processes failed to identify the main problem as being Paterson’s attitude rather than his competence. The UK lags behind the USA in providing interventions for doctors who are disruptive at work; and who struggle to work well with others. Paradoxically, because there is not a clear adversarial system with due process from the start, assumptions and suspicions are used as basis for interventions: which puts suspects on the defensive and less likely to engage. Although it is now a cliché to say so, it is obvious that revalidation processes did not stop and are not likely to stop rogue practitioners where interpersonal attitudes are the issue of concern.

Gwen Adshead is a forensic psychiatrist and psychotherapist; working with offenders to improve mental health and reduce risk. She works in prisons and secure psychiatric settings; and has also worked with the GMC, NCAS and the Practitioners health programme in relation to doctors who breach professional boundaries.