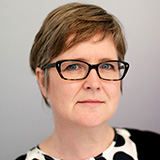 In any general election, there are the “political football” issues. A hackneyed yet apt description of what happens to the NHS in every campaign that I can remember. I think, however, given the importance of healthcare to everyone, it’s time to ignore the pundits and face the facts on the NHS. So, whether your political views inhabit right, left, or the centre ground, I think you’ll agree that the case for keeping the NHS ball in play—by investing in and supporting it—is compelling.

The scale of the NHS and its contribution to our society and economy should not be underestimated. Alongside providing free at the point of need care to the whole UK population, the NHS is our largest single employer, providing jobs for a 1.2 million strong workforce, with education and training for thousands of doctors and nurses.

On top of that it inhabits the premier league in terms of supporting the global competitiveness of our life sciences sector, and as a world leading research organisation, and it is worth remembering that the NHS was at the forefront of key medical breakthroughs, such as pioneering the first combined heart, lung and liver transplant; introducing CT scans; and the 100,000 genomes project.

Those of us working in the NHS might know these facts already, but every political party needs to clock them and remember that the NHS is league topping in many ways—domestically and internationally. And politicians need to be clear about four important challenges we face, if we are to keep that place.

First—demand for services is going through the roof. The over-85s population has increased by almost a third since 2005 to 1.3 million and will double in the next 20 years. The prevalence of long term conditions such as diabetes, arthritis, and hypertension is rising, with people with long term conditions accounting for 70% of inpatient bed days. One in four people will experience a mental health issue each year. GPs delivered an estimated 370 million consultations in 2016, an increase of 70 million in five years.

Second—funding is not keeping pace with demand. Demand is rising by 4% a year, just as per capita spending is falling. An extra £10bn of investment in NHS buildings and equipment is needed to support current plans to improve local health services. Reductions to social care budgets mean that around 400,000 fewer people over 65 now receive social care than in 2010, with a knock on impact on healthcare. A lack of funding, reductions in capacity and staff shortages have eroded services in the community

Third—frontline services are under real pressure. Performance against key constitutional standards is deteriorating. In the 12 months to January 2017, an average of 89% people were seen within the 4 hour target at A&E, compared to the 95% standard. The 92% 18-week elective surgery target has not been met since February 2016. The ambulance target for 75% of the most urgent calls to be responded to within 8 minutes was not met in any month in 2016/17.

Fourth, and finally—the NHS workforce is severely strained. All trusts report difficulties in recruiting and retaining staff. There are persistent shortages across key staff groups including nurses, paramedics, and A&E doctors. There remains uncertainty on the future rights and status of the 161,000 EU nationals working in health and social care in England after the UK leaves the EU.

The public is now concerned about the NHS. Fifty-seven per cent think its ability to deliver care and services has been worsening and they expect a continuing decline. There’s a lot going on in the UK, in Europe and the rest of the world right now. However if politicians don’t use this election to keep the NHS football in play—perhaps by pledging greater investment and political support for the difficult changes that need to happen—it will be an own goal.