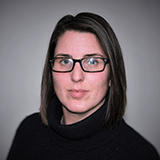 A trainee’s day falls into one of two categories: emergency or elective work. Both follow a similar pattern: arrive, handover, see patients (ward round and review new referrals), clinic/endoscopy/theatre, handover, go home. As a rule of thumb, elective work is more predictable and controlled. Despite this, the “nags” of the working day remain the same and although seeming simple are nowhere near resolution.

Handover: A universally recognised process of communication between the incoming and outgoing doctors, to relay information about which patients are unwell, which need review and which investigations should be chased. Like any meeting, the quality of a handover is dependent on the chair. In my view, there are three cardinal keys to success at any meeting or handover:

• be on time
• have a prepared list of patient details for all incoming doctors
• set a brief agenda at the start, ie, “We have admitted X number of patients. There are Y number still to be seen and I am concerned about Z number of patients. We will discuss each in more detail.”

The latter two points rely on good team communication, informing a single, usually most junior, doctor about the required data to update the patient list.

This will unlock a Pandora’s box of IT issues: finding a computer with connecting printer that works, having appropriate knowledge of the programme or Excel to create a well formatted list, and ensuring there is paper available to print the list. With the commencement of handover inevitably comes the bombardment of bleeps that interrupt discussions with conversations or requests that likely could have waited 30 minutes.

Ward round: Following handover the ward round begins. Led by the most senior member of the medical team, it follows this pattern: find patient, review notes and charts, consult with patient, agree management plan and repeat with next patient. It’s a methodical ritual that underpins almost every aspect of a doctor’s job.

Step one—find your patient
Whether the patient was last seen five hours or five minutes ago, they will now have been moved. This triggers a frantic chicken-run of junior doctors trying to identify the correct nurse or ward clerk to update you with the patient’s new location.

If you’re lucky the patient is still in the same ward so your planned ward round doesn’t need to be re-routed; alternatively you back-track your movements because you unknowingly passed that patient in the corridor. All the while these tasks are knocking minutes off your working day—time that would be better spent talking to patients.

Step two—find the notes
There are usually two sets of notes: nursing notes for observation charts, fluid balance tables, nutrition records etc. and medical notes for review documentation, printed investigation, and correspondence. Logic would place these notes in their allocated position for the patient’s bed number. This designated location varies between wards. The nursing staff handover is at a staggered time to the doctors’ handover, so the nurses are now usually in the midst of their own reviews or medication rounds. They will have bundled the notes onto their trolley, guarding them like a new mother, because they too have just completed the marathon of identifying which patients they are responsible for and where their notes are.

Step three—patient review
I question how patients maintain trust and a rapport with the medical profession. Modern shift patterns mean patients rarely see the same doctor more than once. Patients are repeatedly asked the same questions over and over. Gone are the days when a junior member of staff would clerk the patient, formulate a management plan more substantial than “senior review,” and then present their work to the lead clinician.

My heart sinks every time a patient asks, “Isn’t it in my notes?” No patient wants to hear the woes about why their notes aren’t shared between medical establishments locally or nationally and how as an organisation we struggle to find individual patients’ notes, let alone record them chronologically. Attempts to contact other community or specialist teams can result in hours of missed calls and forgotten emails.

Communication breakdowns occur not just between hospitals and the outside world. No longer does the matron join the ward round and disseminate any decisions to her nursing staff. Workforce organisation limits co-joined work between nurses and the medical team.

Nurses’ responsibilities limit their availability to join a medical ward round. Often multiple medical teams will work simultaneously, making it impossible for a nurse to be present on all of them at once. This stymies the flow of information between the nursing and medical staff and instead relies on the most junior member of the team finding the relevant nurse to inform them of any relevant management
decision—cue the scurry of frantic chickens.

Step four—action jobs
On completion of the ward round, the senior clinician will depart to attend to other clinical duties—e.g. outpatients—leaving the frazzled junior doctors to action their management plans. Here starts the administration: liaising with other members of the multidisciplinary team, requesting tests and reviews, and chasing their outcome. As the experience and autonomy of the junior doctors develop they may start to analyse and action results.

The biggest bugbear of most doctors’ hospital lives is the computer system. Each doctor is armed with a plethora of logins, different for the fundamental IT programmes. The IT programmes used often differ between hospitals, which requires retraining and familiarisation every 6 to 12 months following the rotation of hospital sites. The processes for requesting investigations again change—some require discussion, some are on paper, others are all online.

Assuming you can find a rare gem—otherwise known as an available computer—you waste time trying combinations of your initials and names with varying passcodes to find the right combination to grant you access. Once in, you pray the system won’t crash half way through what you are doing. It may or may not be connected to a printer, which may or may not have ink and paper (replacements of these are hidden in an unknown location). You don’t dare depart this rare gem, once found, in case one of your colleagues, by now circling like birds of prey, start to use it or the computer logs you out.

Beware the kind doctor who attempts to rectify any of these issues by contacting IT helpdesk or looking to replenish depleted resources. This will lead you down a path of dead ends, long waits and bad on-hold music before you will invariably be given the advice, “Have you tried turning it off and on again?” But don’t worry; tomorrow you get to do it all again.

Jennifer Isherwood is senior general surgical trainee in the Oxford region. Jennifer has taken a year out of training to develop her skills in and understanding of successful leadership and management.

Competing interests: I am a Clinical fellow on the FMLM Leadership and Management Scheme.

A version of this article was published in The King’s Fund’s report: “Organising care at the NHS front line.“