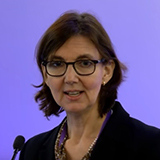 The secretary of state for health, Jeremy Hunt, identified Child and Young People’s Mental Health Services as “the biggest single area of weakness in NHS provision at the moment.” Hardly a day goes by when there is not another story in the press about children and young people failing to get access to or needing to travel huge distances for treatment. Professionals and lobby groups call for more funding and greater access.

I want to be clear that I absolutely endorse the need for more funding and the calls for better access. However, I am concerned that, because of the strength and urgency of the focus on funding and access, consideration and discussion of the limits of treatment is being lost. The fact that not all provision is helpful is rarely discussed; perhaps partly out of concern that, if it were raised, what limited resources are already available would be cut further. I have argued elsewhere that this silence on the limits of treatment has potential negative consequences; in particular it can leave therapists and patients alike feeling bewildered and blamed for a lack of progress and can limit any motivation to genuinely review outcome rates and make improvements in the light of that review.

As a trainee clinician I was trained extensively in the best means to assess (formulation vs diagnosis) and treat (e.g. cognitive behavioural therapy vs psychodynamic therapy). When “outcomes” were discussed, the focus was on differential effectiveness (i.e. treatment A is better than treatment B) rather than overall impact (i.e. x% of children treated by treatment A or B are not “better” at end of treatment). No training was provided on how to end therapy if the problems were not resolved. As a practising clinician, I became increasingly frustrated by not having any means of knowing if the children, young people and families I was seeing were making the best progress they could. This frustration was shared by others and was the motivation for establishing the Child Outcomes Research Consortium (CORC) over a decade ago; a learning collaboration which has grown to include the majority of those working to support the mental health of young people in England and beyond, and which shares a desire to understand more about what outcomes are being achieved in services and how we might improve them.

The data on which these findings are based are not perfect, far from it. Indeed we have coined a term to describe such routine data as FUPS: in that they are flawed, due to missing or erroneously recorded data (in this report the high degree of missing data is stressed throughout); uncertain, in part due to differences in the perspectives of those recording the information; proximate, in that proxies for outcome and impact are used; and sparse, in that low volumes of key subgroups limit the extent to which we can extrapolate the data. However, as these are among the first findings in this area that draw on routine data on this scale, I believe we have a duty to consider them, as well as to use this opportunity to call for better quality data.

What should be done?

Commissioners need to discuss these findings with providers to allow them to set realistic baselines for service level outcomes. Providers need to consider how they can be more open with those accessing services about likely rates of recovery and improvement. Courses training mental health professionals need to provide more training on how to help children and young people to manage continuing difficulties when there are ongoing problems at the end of therapy, including working with a range of non-healthcare professionals, such as schools and community support mechanisms, in order to focus collaboratively on how to foster resilience and wellbeing, even where there are ongoing mental health issues.

We shouldn’t be scared or ashamed to discuss realistic expectations of the limits of therapy; rather this could free us to explore both how people can live with ongoing difficulties and how we can improve provision and increase impact in the future.

[1] “Recovery” is referred to in quote marks as it relates to the movement across a threshold on a questionnaire rather than the broader self-defined concepts of what recovery means for a given individual.

Miranda Wolpert is Director of the Evidence Based Practice Unit (EBPU) and Director of the Child Outcomes Research Consortium (CORC). She is a clinical psychologist by background and worked for many years in the NHS and schools providing therapy to young people and families in London and Bedfordshire. Miranda is committed to ensuring a focus on outcomes that are important to service users is at the heart of clinical practice and service commissioning.

This blog is written in Miranda’s capacity as CORC Director and cannot be taken to represent the views of any other organisation with which she is associated.

Competing interests: Miranda is national informatics lead for Child and Young People’s Improving Access to Psychological Therapies (CYP IAPT) at NHS England, but this blog is not written in her NHS capacity.