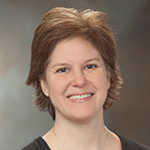 I saw the first asylum seeker around ten years ago in my clinic. He came from a country with an autocratic president against whom he had peacefully protested. The government would not accept dissent from its citizens and they arrested, detained, and tortured him. He was released, but he was told that he would be killed for any future real or perceived opposition. He fled to the United States for safety, and eventually presented to my office for a medical forensic exam to document the scars of his torture.

In the intervening years I have encountered many people who have experienced human rights abuses in different forms. A woman who wanted to attend church in a non-Christian country and was attacked each time she tried. A man who lived with his male lover; they were beaten nearly to death when they went to a bar together. A woman whose husband began to abuse her regularly soon after they married. The police force refused to intervene when she sought protection as they stated this was a “family matter.” A woman who was forced against her will as a young girl to undergo female genital cutting. These individuals are seeking for themselves the rights I am fortunate to enjoy daily. They want to live in a country where they can protest against a government without fear of torture, worship as they desire, live safely in intimate relationships, love the person they want.

Physicians have unique skills to contribute to asylum seekers; they can use their medical training to document the physical and psychological scars of torture and ill-treatment. Although emotionally challenging, the work offers the rewards that attract doctors to the practice of medicine in the first place. We hear stories, we lay on hands, we use our expertise to help. And medical exams can significantly increase the likelihood that asylum will be granted. [1]

Providing refuge to those fleeing danger or injustice has historical precedent, and societies have been offering safe haven for millennia. In the twentieth century the Universal Declaration of Human Rights was adopted by the United Nations and member states. [2] Many countries have laws protecting these universal human rights and provide a process for those in danger to seek asylum.

Much of the discussion surrounding refugees and asylum seekers involves the vetting process, and to be sure this issue is not a small one. But physicians are not required to determine whether a person is a security risk. In fact, rigorous background checks are performed on all asylum seekers. The physician’s role is to approach each person individually and assess whether their exam findings corroborate the story they tell.

A president was elected in the US this month who has stated his strong opposition to refugees and asylum seekers. Irrespective of the election results, a record number of people remain globally displaced. [3] Now more than ever, over 65 million women, men, and children need protection; this fact has not changed despite the new political landscape.

As a physician dedicated to supporting refugees and asylum seekers, I will continue to vote for candidates who advocate for them. But political change may be a long way off, so this week I will again have the privilege of entering the exam room with someone who came to this country to be free from persecution, and if their story is credible, my exam will help that person live a safer life.

Katherine McKenzie is a physician on the faculty of the Yale School of Medicine, and has been the director of the Yale Center for Asylum Medicine since 2007.