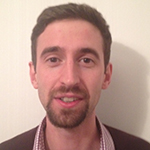 It’s late morning; little piles of lists and notes from assessments carried out in the past 24 hours are littered between me and the PC. The assorted paraphernalia that seems to accumulate around me after a night on-call clutters my surroundings: a dictaphone, the British National Formulary, Maudsley guidelines, and the semi-completed audit I glance at guiltily every time I find something more urgent to do.

The medical students enter. I welcome them and realise that I had agreed one could present a history they had taken. I had felt guilty earlier; they had been struggling to find patients who met their tick box quota of “cases,” and I sent them all to the ward laden with suggestions of who might talk to them.

I listened patiently, with occasional encouragement, to the student’s account of a patient who I knew was debilitated by her sudden onset of manic symptoms—disinhibition putting her at risk of serious exploitation and chaotic thought disorder making it almost impossible to follow her train of thought. The student’s confusion about the complex terminology describing psychotic symptoms was evident; the fact that the patient had told them “I am a lemon” particularly perplexed them. Using my best teacher’s persona, I guided this student through the confusing maze of what they had described, using Socratic questioning to help them find the answers to their own questions.

As this student was leaving, and I resigned myself to completing my audit, I said “I hope that was useful and my explanations made sense.” They smiled slightly patronisingly, “Don’t worry, it’s not your fault, I just don’t believe in psychiatry.” I thought my mind must be dulled by hours of being on-call and my thoughts distracted by audit standards—had I misunderstood?

“How do you mean?” I asked, trying to keep a note of incredulity out of my voice.

“I don’t believe in this stuff.”

To my shame, the only response I could come up with was an indignant, “But the lady you saw was really unwell?”

Few aspects of my work really vex me these days, but things that stigmatise my patients are one of them. The implication, of course, that the illnesses our patients have are somehow less valid, less worthy of help, or simply feigned is something we fight daily. But perhaps it was having this idea voiced by someone of the same profession—a future doctor and presumably a person sensible and compassionate enough to have got through nearly five years of medical school—that left me reeling.

It started me wondering about other specialties; how often are infectious disease doctors informed by students that they don’t believe in germ theory? Or geneticists told they don’t believe in evolution? There certainly are people who don’t, even medical students, but it says something about how psychiatry is viewed that it can be said to us so brazenly—as if this was a fair point of view we should be willing to accept and work with. “Parity of esteem,” an egalitarian sounding government catchphrase, felt a long way off that morning.

Daniel Whitney is a core trainee in psychiatry in North Yorkshire.