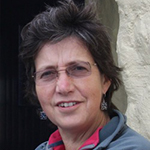 My brother died in 1964 at Guy’s Hospital. He was 15, I was 12. He had a congenital heart problem which I believe was a ventricular septal defect. He was under the care of Lord Brock, a leading British chest and heart surgeon and one of the pioneers of modern open heart surgery. He had his first major operation when he was 12 in 1961, but was told that it had not been successful, and he would need further surgery. Second time around, he died in the operating theatre. At twelve, I had not appreciated how serious the operation was—it was even with some pride that I had told my school friends that my brother was having “open heart surgery.” I went back to school the very next day. My parents had never spoken to me about the possibility of his death and we never discussed how much they had themselves been told. They were aware that Lord Brock was foremost in his field and they knew that Jonty had the best possible treatment at the time.

Fifty years later I happened to read a newspaper review of Open Hearts by Kate Bull and I could not wait to read it. Although I had learned about congenital heart disease at medical school, I had not realized how basic things were in the early days. Jonty was born in 1949: the first Blalock shunt operations had been done on “blue children” in 1944. The first operations inside children’s hearts were in the USA in the early 1950s. There is a fascinating description of such a procedure using an adult volunteer to support the patient’s circulation while the boy’s heart was opened.

A chapter of the book also describes the evolution of cardiac investigations from the time before catheterisation or ultrasound—let alone MRI. A man who must have been a contemporary of Jonty’s “remembers as a boy being chased upstairs by a surgeon in a pin-striped suit. On each landing was a little table with a bright angle-poise light…to check the boy’s colour. The surgeon was Lord Brock. He tried standardizing blueness against a colour card like those found in paint shops.”

Another section of the book deals with patients’ experiences in hospital from the time that children were treated on adult surgical wards. At the beginning, there were no children’s heart surgery wards, let alone paediatric intensive care units. Survivor’s accounts in the book chimed with Jonty’s letters home describing life in the hospital, for example, in 1961, aged 12, he wrote: “As you will have heard the machine (presumably the heart lung machine) has broken down again and I have got to stay in here until Saturday week I AM GETTING SHORT OF READING MATTER.” Regarding life on an adult ward he wrote, “I have started to do physical jerks in the mornings. When the girl comes someone says ‘here is the ballet dancer.’ At once Fred, Allan, and Ginger rush for the toilets or dive under the beds.”

The author has taken a lot of trouble to recount the history of the treatment of congenital heart disease from the patients’ point of view and has provided a setting for their voices to be heard. So many things rang true: the fact that teenage children were not necessarily given much information before surgery, and if parents had not discussed plans with their children, there were sometimes problems with consent.

I realize how much we have advanced since those early years. As Dr Bull says, we owe credit for the progress, not just to the doctors and surgeons but also to those early patients—both those who died and those who survived—for their part in the “learning curve.”

From reading the book, I learned a lot about congenital heart abnormalities and their surgical treatment: clearly explained with good diagrams. I found it interesting that one of the biggest developments to help people who have had cardiac surgery is social media. It is fascinating that closed Facebook groups provide support. This reinforces just how unusual some of these conditions are.

Jonty was lucky that he was able to live a normal life between hospital admissions and I have happy memories of a childhood with my brother, full of outdoor fun and activity: cycling together on the Downs in Surrey, helping on my Uncle’s farm in Staffordshire.

Losing my brother at the age of twelve changed me as a person. I wonder whether this experience steered me to a medical career. Certainly remembering every detail made me more aware when dealing with patients and families facing death. It has made me realize how many children like Jonty there were in those early days leaving families bereaved because of congenital heart disease. Reading this book helped me put it into perspective, in the light of medical knowledge at the time.

Sara Hamilton worked as a GP in St Davids until 2012.