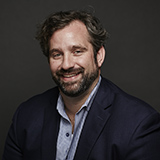 I recently had the difficult task of telling Ian Read, Pfizer’s CEO, that Médecins Sans Frontières (MSF) is rejecting the company’s offer to donate a significant number of pneumonia vaccine (PCV) doses for the children we serve. This is not a decision that we took lightly, since our medical teams working in the field witness the impact of pneumonia every day.

Pneumonia claims the lives of nearly one million kids each year, making it the world’s deadliest disease among children. Although there’s a vaccine to prevent this disease, it’s too expensive for many developing countries and humanitarian organizations, such as ours, to afford. As the only producers of the pneumonia vaccine, Pfizer and GlaxoSmithKline (GSK) are able to keep the price of the vaccine artificially high; since 2009, the two companies have earned $36 billion on this vaccine alone. For years, we have been trying to negotiate with the companies to lower the price of the vaccine, but they offered us donations instead.

You might be wondering, then, why we’d rather pay for the vaccine than get it for free. Isn’t free better?

No. Free is not always better. Donations often involve numerous conditions and strings attached, including restrictions on which patient populations and what geographic areas are allowed to receive the benefits. This process can delay starting vaccination campaigns, which would be an untenable situation in emergency settings, or grossly limit who you’re able to reach with the vaccine.

Donations can also undermine long-term efforts to increase access to affordable vaccines and medicines. They remove incentives for new manufacturers to enter a market when it’s absorbed through a donation arrangement. We need competition from new companies to bring down prices overall—something we don’t have currently for the pneumonia vaccine.

Donations are often used as a way to make others “pay up.” By giving the pneumonia vaccine away for free, pharmaceutical corporations can use this as justification for why prices remain high for others, including other humanitarian organizations and developing countries that also can’t afford the vaccine. Countries, which continue to voice their frustration at being unable to afford new and costly vaccines such as PCV, need lower prices as well to protect children’s health.

Critically, donation offers can disappear as quickly as they come. The donor has ultimate control over when and how they choose to give their products away, risking interruption of programs should the company decide it’s no longer to their advantage. For example, Uganda is now facing a nationwide shortage of Diflucan, an essential cryptococcal meningitis drug, in spite of Pfizer’s commitment to donate the drugs to the government. There are other similar examples of companies’ donation programs leaving governments and health organizations in a lurch without the medical tools they need to treat patients.

To avoid these risks and to limit the use of in-kind medical products donations, the World Health Organization (WHO), and other leading global health organizations such as UNICEF and Gavi, the Vaccine Alliance, have clear recommendations against donation offers from pharmaceutical corporations.

Donations of medical products, such as vaccines and drugs, may appear to be good “quick fixes,” but they are not the answer to increasingly high vaccine prices charged by pharmaceutical giants like Pfizer and GSK.

There are times, however, when overwhelming pragmatic needs demand a short-term solution. Such was the case in 2014, when, after five years of unsuccessful price negotiations, MSF agreed to accept a one-time donation from Pfizer and GSK of their pneumonia vaccines. This was a notable exception to our prohibition on in-kind corporate donation policy and it was made with great consideration so that children would not go unvaccinated while issues of affordability and sustainability were under discussion. But in agreeing to the donation, both Pfizer and GSK assured us that they would work on a longer-term solution for children caught in crisis and developing countries.

Finally, just last month, in a significant shift—and after years of negotiations and months of public campaigning—GSK announced that it would offer its pneumonia vaccine to humanitarian organizations at the lowest global price (currently $3.05 per dose or $9.15 per child for all three doses needed for full vaccination). This is an important step towards a sustainable solution for humanitarian organizations that wish to extend the benefits of pneumonia vaccination to children caught in crisis. In contrast, Pfizer has not made any pricing concessions, and has yet to announce any meaningful solutions. They continue to offer donations that give Pfizer a tax break rather than offer a sustainable solution by lowering the price of the vaccine overall. Accepting Pfizer’s donation today would not do anything for the millions of children living in countries like Iraq, Jordan, Philippines, Romania, and Thailand, among many others, where neither their parents nor their governments can afford the expensive vaccine.

We can no longer live in a world where a vaccine that protects children against pneumonia is a luxury; too many young lives are at stake. Doctors Without Borders does not believe that our medical work, nor the work of other humanitarian organizations or governments trying to serve their people, should be at mercy of the voluntary “goodwill” of pharmaceutical corporations.

Pfizer should lower the price of its lifesaving pneumonia vaccine for humanitarian organizations and all developing countries to $5 per child. Only then, will we have a meaningful step towards saving children’s lives both today and in the future.

I hope to hear soon that Pfizer is reducing the price of the vaccine for the millions of children who still need it.

Postscript: Since the blog was first published, Pfizer has reacted publicly saying that even though they strongly disagree with MSF position, they are looking at other options beyond donation to improve affordability. MSF hopes that this will translate into concrete actions to reduce the price of the pneumonia vaccine for humanitarian organisations and developing countries.