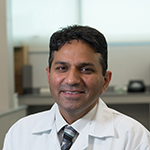 There has been an alarming increase in the number of reported deaths due to brain-eating amoeba, Naegleria fowleri, a parasite that invades the brain through the nose via water. [1] The parasite feeds on the brain and causes severe haemorrhage and inflammation resulting in widespread brain tissue destruction. Even with treatments, the fatality rate is almost 100%. [2] The reported number of deaths is likely to represent only the tip of the iceberg and the actual number of deaths is most likely far higher.

Exposure to contaminated water such as during outdoor recreational activities, and cultural as well as religious practices including ritual ablution, or purifications, and Ayurveda, can contribute to this devastating infection. Rising temperatures due to global warming and increased outdoor water-related activities/water sports will warrant a further rise in the number of deaths due to the parasite as it likes to live in warm water. With no effective treatment, it is obvious that increased public awareness and the use of safe water together with cautious ablution is needed to avoid serious consequences.

The so called “brain eating amoeba” invades brain via the nose, when contaminated water is inhaled into the nose, and slowly creeps up into the brain tissue and causes brain tissue destruction. It is disturbing that the majority of cases are identified at an early stage, yet patients die within days due to the lack of available therapies. Recent studies reported that majority of patients were Muslims and they routinely performed ritual ablution, which involves repeated water exposure to various body parts (mouth, ears, face, arms, feet) as well as involves taking water into the nostrils for cleansing thrice at a time for five times a day with some people pushing water forcefully up the nostrils even though it is not required as part of the ablution practice. [3] Although the basis of ablution is to sanitize the body against contaminants (microbial, dust, heavy metals etc.) and the medical benefits can be enormous, it can only serve its purpose if people have access to clean water supplies. The close association of strict religious rituals such as ablution and poor quality water can result in a deadly combination. The limited wastewater treatment and intermittent water supply results in heavy reliance on water storage wells/tanks where microbial communities thrive, leading to major outbreaks of waterborne diseases. As there is no recommended treatment, it is important to increase public awareness and the use of safe water with cautious ablution to avoid serious consequences.