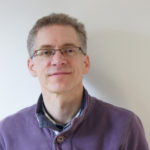 Like all patients, what I want most from clinical research is treatments that work, not ones that merely look good on paper. As The BMJ has pointed out, patients are often faced with over-hyped treatments and an incomplete research base biased towards positive results.

These biases arise partly because of “publish or perish” pressure on researchers. By contrast, patients’ only concern is to establish what really works: their interests are directly aligned with those of good science and sound medicine.

So, well informed patients should have the right to query research findings, and researchers should be willing to engage constructively and transparently with patients who challenge them.

Most aspects of my own illness, ME/CFS (chronic fatigue syndrome), are contentious, so there’s all the more reason to ensure that trial data are properly scrutinised. In ME/CFS, the PACE trial of cognitive behaviour therapy and graded exercise dominates the research landscape, so its findings matter—not least because of their influence on treatment guidelines around the world—but the findings are contested.

For years, patients have believed that the modest gains in subjective outcomes in this non-blinded trial were not matched by objective gains and that key analyses specified in the study’s original protocol were altered drastically once the trial was under way. Thresholds for “recovery” were lowered so far that 13% of patients already met the revised threshold for recovery of physical function before therapy.

Unfortunately, the trial authors have tended to dismiss rather than engage with the central issues. This led one patient to submit a freedom of information request for data that would allow the key outcomes to be analysed using the various thresholds specified in the trial’s original protocol. Queen Mary University of London, which holds the data, refused the request, but the Information Commissioner overruled it and, despite the university’s £245,000 appeal to a tribunal, the order to release the data was upheld. The tribunal determined that there was a strong public interest in data release.

In recent months many academics have publicly endorsed the concerns originally raised by patients, and they have acknowledged patients for bringing the issues to light (most notably in an open letter from 42 researchers). The help from these academics has been critical in securing data release and in raising the profile of the issues more generally.

Despite this progress, however, I’m deeply frustrated and saddened. Frustrated because, for many years, researchers and the medical establishment would not engage with patients who made the same criticisms—simply because, it seems, they were patients. And I’m saddened that an attempt to establish the truth about the effectiveness of the main interventions recommended for my disease ended up in a courtroom.

These issues are relevant well beyond ME/CFS and PACE. Researchers are not infallible, and their research reports are not the incontestable truth. Patients with any illness should be allowed to scrutinise findings from any clinical trial about their health. Disease strikes patients from all walks of life, including many who have or acquire the skills to competently assess research and who can contribute effectively to the science. We need a culture of open data, in which researchers engage with all reasonable criticism, whether from academics or patients.

Above all, what’s needed is to establish what truly works and what does not.

Simon McGrath had an all too brief career in charity fundraising before becoming too ill to work in 1995. He has a biochemistry degree from the University of Oxford and occasionally blogs about ME/CFS research.