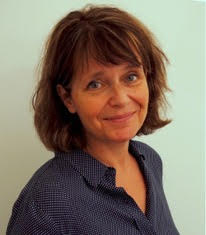 In 2010, Paolo Macchiarini, an Italian doctor and researcher, was recruited as a guest professor to the Karolinska Institute, and as a surgeon to the Karolinska University Hospital. In 2008, Macchiarini performed the first transplant of a trachea from a dead donor. Prior to the transplant, the trachea was prepared with stem cells. Between 2011 and 2013, Macchiarini carried out three transplants at the Karolinska University Hospital, using artificial tracheas coated with stem cells. Two patients died and one is still in intensive care. Between 2010 and 2015, six reports of suspected research misconduct have been filed against Macchiarini.

In the past few weeks, an investigation led by Kjell Asplund, chairman of the Swedish Council on Medical Ethics, concluded that Macchiarini should never have been hired by Karolinska University Hospital and that he should never have performed the operations. Swedish authorities have sacked the entire board of the Karolinska Institute following a series of highly critical reports regarding Macchiarini.

On 5 September, a separate external inquiry of how the Karolinska Institute (KI) handled the Macchiarini case was presented. The focus of the formal inquiry has not been to investigate research misconduct; there are several parallel on-going investigations. This one is about whether or not KI has committed any formal errors during the recruitment of Macchiarini, and whether his research was documented and evaluated during the time he was active at the KI. Sten Heckscher, former minister, former head of the National Police force, and former president of the Supreme Administrative Court, has led the investigative team.

One used to feel proud and safe working at the Karolinska Institute. When our university was mentioned in the media, it was usually because of some interesting research, often published in highly ranked journals. These days, KI is different and during the past months, we all have wondered how it all could go so terribly wrong. There are so many questions: how Macchiarini was picked up by KI, how he was allowed to perform surgery not only once but several times, why the warning signals were ignored for months, and why the leadership remained in denial for so long and by that made fools of themselves and of KI. And last but not least—why didn’t anyone publicly apologize to the patients and their families immediately after the scandal was revealed?

Heckscher and colleagues are merciless in their criticism. KI has a nonchalant attitude towards regulations governing how public authorities are to manage their business. The recruitment of Macchiarini in 2010 was pushed through inappropriately. KI cannot be absolved of responsibility for the operations performed at the Karolinska University Hospital. The inquiry also addresses “some structural issues” that the investigation team thinks may have had an impact on the course of events; among them “a growing fixation on excellence” and “the aspiration to close the gap between research and its application in healthcare.” During the press conference, Heckscher summarized the criticism in two words: “sloppy procedures.”

Those of us who work at KI are not surprised, and on most parts we agree. Yes, documentation of research is pivotal. It has been on the KI agenda for years, and step by step we are becoming much better at it, but there is still room for improvement. We are part of a state university and need to pay attention to formal regulations. And yes, recruitment processes need to improve—obviously. We need to be better at following up our research as well as our researchers. And clinical research involving two organizations, in this case the Karolinska Institute and Karolinska University Hospital, needs special attention with regard to who is responsible for what. But no—we shall not refrain from our aim to close the gap between research and healthcare. We must keep up the struggle to implement new methods in the clinic, as long as they have been tested properly in research. And we must have a work climate that allows us to pick up ideas from clinical practice and evaluate them with proper research methods. Our job is to do this and make sure we can handle the grey areas between healthcare and research.

For those of us engaged in clinical research, the latter has been a major worry during this past year. How will the Macchiarini case impact on the collaborative climate between healthcare providers and academia? Surely, mutual trust has been under strong pressure. Collaboration in clinical research implies being aware of, understanding, and respecting each other’s roles and mandate. Will we survive this blow? Or will it lead to separatism, where both organizations feel they are safer and do better without the other one?

Last week, the national Central Ethical Review Board also published the first of several reports of research misconduct investigations involving Macchiarini. This particular one scrutinized a paper published in Nature Communications in 2014, and the experts concluded that misconduct had taken place. Research documentation and ethical permits were incomplete, raw data is only partly available, and the published article does not mirror the actual outcome of the experiments. There are more reports to come.

As expected, the formal response to this scandal is to focus on strengthening rules and regulations. The Heckscher report includes a number of recommendations, such as training staff, clarifying responsibilities for different leadership roles, securing recruitment processes, developing policies for research misconduct cases, and so on. These suggestions are legitimate, and will constitute one important part of a risk management plan for the future. (It is worth mentioning that we actually do have some regulations in place already. From my own experience, I know that we have both stopped dubious recruitments and picked up and investigated cases of suspected misconduct before. But having said that, I am the first to admit that we can get even better).

But something has been missing in the discussions this week. Yes, there are descriptions of the fact that Macchiarini was well liked by many, that he was able to create strong enthusiasm for his ideas, and that he was well published. This is important information, but only when we link such observations to the likewise relevant information that by now, there are strong indications that Macchiarini also ignored basic principles of research integrity.

Cheaters—and whether Macchiarini is guilty of being one still remains to be seen, a formal Karolinska Institute decision is due imminently—have turned up before and they will turn up again. We recognize most of them, but not all—the really skilled ones may sneak through inviolable recruitment processes without any of us being aware of the fact that we are in the process of being seduced. In the really malignant cases, we will feel safe and content, embedded in a collective feeling that we are involved in something really promising. When the warning signals come, we might not even hear them. That is what collective seduction does to us, regardless of whether we are talking about sports, politics, or any other environment where individual stardom is at stake. Structured information, signed responsibility agreements, and classroom activities on rules and regulations will not protect us from those who have a totally different agenda. Paradoxically, increased knowledge on control systems may even serve as instructions on how to find the loopholes.

The history of the Macchiarini case is being written as we speak, and the ultimate question needs to be further discussed: Given academia’s “fixation on excellence”—what type of true organizational learning is necessary in order to increase our ability to detect the disguised cheaters among all of us other narcissists?