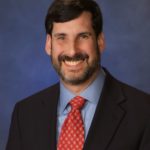 It’s not surprising that the word “patient” makes some activists uncomfortable. The Latin root patiens (“he who suffers”) suggests passivity, particularly when paired with doctore (“he who teaches”). ­Small wonder, then, that physicians have traditionally viewed patient-centeredness as their providing “caring custody” while acting as “rational agents” on patients’ behalf. (1)

Seeking to shake up these old assumptions, we clumsily ask providers to create a person- and family-/caregiver-centric relationship, with everyone becoming “co-producers” of care. (2) Unfortunately, this mish-mash only muddies what should be clear. What patient or doctor, after all, would describe themselves as “co-producers” of chemotherapy?

More importantly, the awkward terminology deflects a focus on the core of the clinician-patient relationship. Etymology notwithstanding, “patient” signifies a personal connection deeply rooted in an ethical framework. At a time when those who are ill can be pigeonholed as “consumers” whose lives comprise but a few bytes of Big Data, it’s time to reclaim “patient” and redefine that term as representing a rich, collaborative relationship. (3)

The history of two other words suggests success is possible. The first is “queer,” meant to label homosexuals negatively. The gay rights movement not only turned “queer studies” into an expression of pride, it also made the word more mainstream.

The popular early-2000s TV show Queer Eye for the Straight Guy was built upon a premise similar to what happens when a hospital establishes a patient and family advisory council. Apprehensive members of the dominant culture discover that someone whose counsel they never imagined seeking actually gives them highly useful advice. Both surprised and grateful, they realize the “other” isn’t so “other,” after all.

Then there’s “girl,” often used to infantilize women. In the early 1980s, the word was reclaimed by feminists in Cyndi Lauper’s Girls Just Want to Have Fun, whose winking lyrics and music video were proclaimed an “anthem of female solidarity.”(4) Three decades later, Lena Dunham deliberately titled her hit HBO series about her millennial peers, Girls.

As someone who’s spent years trying to make medical care more patient-centered, I understand that changing clinician behaviour is difficult and often frustrating work. All the more reason to jettison jargon and speak, instead, to the heart. As Eric Cassell wrote in The Healer’s Art, “Medicine must be recognized as a moral profession…concerned with the care of persons by persons, as simple as that.” (5) That type of relationship by its very nature must involve mutual respect, with no need to specifically list respect for family, friends, “values and preferences,” etc.

Moreover, while clinicians certainly should understand a patient’s economic and social circumstances, blithely substituting “consumer” for “patient” risks undermining fundamental distinctions between the two terms. Must the patient lying in her hospital bed now keep in mind caveat emptor as well as primum non nocere?

The strong ethical (and legal) expectations surrounding “patient” are particularly significant at a time when digitized health care data is being hailed as “the new money” (6) and a Google search can reveal someone’s health status (7). While we patients are no longer passive, nonetheless we remain your patients (not “customers”) even if your paycheck comes from a large organization. It is you – doctor, nurse and other care provider – whom we trust to not exploit our vulnerability.

Feminists and gays refused to be defined by the pejorative intent of “girls” and “queers.” Patients can do the same. It’s time to reclaim “patient,” this time not as a sufferer, but as a partner with clinicians in a genuine collaboration.

Michael L Millenson is president of Health Quality Advisors in Highland Park, Illinois and author of Demanding Medical Excellence: Doctors and Accountability in the Information Age. A former board member of the Society for Participatory Medicine, he is also an adjunct associate professor of medicine at Northwestern University’s Feinberg School of Medicine and writes regularly for peer-reviewed and lay journals. He began his career as a journalist and was nominated for a Pulitzer Prize three times as a reporter for the Chicago Tribune.