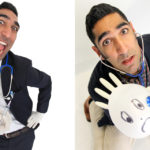 For the first time in more than a decade I’m skipping Edinburgh in August with its international, fringe, and book festivals. It seemed like a good idea at the time. The fringe grows ever more unwieldy, accommodation is scarce and expensive, and I’ve gained a week to explore more destinations in the UK or overseas.

But now I’m feeling a twinge of regret. Two days ago when I overheard a colleague commission a review of Glasgow GP and The BMJ‘s award winning columnist Margaret McCartney, who makes her festival stand-up debut this year. 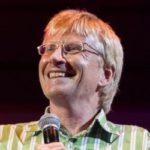 Ahmed Kazmi (pictured top) is a UK GP currently living in Perth, Australia, and his Doctor in the House show promises, beyond the laughs about day-to-day life in general practice, “a more reaching subtext” leaving viewers “with a few thoughts about how they might improve their own health and doctor consultations in the future.”

This review from a performance Down Under mentions “blush-worthy details of doc-adverse males being too awkward to reveal their downstairs issues.”

If you’re after more serious stuff there’s a range of fringe talks taking place as part of the Cabaret of Dangerous Ideas series.

Should the NHS prescribe languages to help delay the onset of dementia?

Cognitive neuroscientist Thomas Bak argues that being able to speak two languages can delay the onset of dementia symptoms by four to five years (more than any available drug!) and improve how well a patient recovers their mental abilities after a stroke. His hour long talk takes place on 11 August.

The general consensus is that cancer screening does more good than harm, but it can be problematic. Garry Kerr, doctoral researcher in science communication at the University of Salford, says: “The medical profession don’t really talk about the risks when they invite people for screening tests.

“For example, there is a problem with over-diagnosis in screening programmes and that some people are diagnosed with ‘disease’ that is never going to cause them any problems”. Catch Garry’s talk on 8 August.

Guerilla Aspies – the show of the book

Paul Wady’s performance (various dates until 25 August) promises “you will never see autism, Asperger’s, and neurodiversity the same way again.” Wady, who discovered he had autism at 14,  teach meditation classes for the autistic. Wady is author of Guerilla Aspies: The Guerilla Aspies Handbook: A neurotipical infiltration manual.

Exercise is bad for you

Derek Ball, a life scientist based at Heriot Watt University, asks if exercise is as good for us as we are led to believe in a session on 5 August.

Bringing death back to life

Palliative care researcher Scott Murray asks when, where, and how we like to die. His talk on 9 August discusses if we should plan our death the way we plan our wedding? Or is there no point planning for something inevitable (and terrifying)?

To floss or not to floss? The American Dental Association defended the practice this week after an investigation by Associated Press led to an admission by the US Department for Health and Human Services and Agriculture that the benefits had never been properly researched. Dental researcher Jan Clarkson will no doubt allude to this in her 7 August session on how neglecting our teeth can impact on our general health. 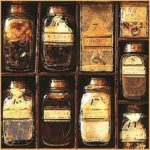 Head to the Royal College of Physicians of Edinburgh from 9-13 August to hear about “curing” diseases with millipedes and celestial beds, the miracle whirling spray, and the magneto-electrotherapeutic machine.  Discover the fine line between the orthodox and the eccentric in a world before antibiotics and anaesthetics.

Talking of antibiotics, on 27 August microbiologist Clare Taylor asks if the failure to develop new antibiotics will lead to a world without hip replacements, cancer treatments, or organ transplants? More importantly, is it our fault for insisting on drugs we don’t need, or does science just need to catch up? 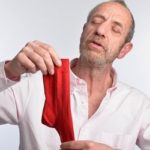 And finally . . . Richard Smith, The BMJ’s most prolific blogger, may be up in Edinburgh to support his stand-up comedian brother Arthur. If you fancy something a wee bit different, drop into his exhibition dedicated to the humble sock. Smith has sought out some of the great socks of the past (including a pair worn by Alexander the Great and a blue one possibly worn by Elvis Presley).