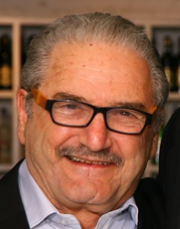 I recently returned from a fiftieth anniversary reunion of our Witwatersrand Medical School graduating class in Johannesburg, South Africa. Many had spent their careers outside of South Africa, most in the USA, Canada, Israel and the UK. During formal sessions, people were asked to talk about our student days and their subsequent lives.

A few recalled the short, surly mortician in his white coat next to the prostate corpse, who would with a flourish unknown to today’s medical students, most of whom probably have not even seen an autopsy, make a long vertical incision from sternum to pubis. All the internal organs would be laid out followed by an electric saw removing the upper half of the skull, allowing the brain to be removed and join the fellow organs. The pathologist would then enter and select a student to join him in continuing the autopsy.

But this was South Africa in the 1960s, and nothing was what it seemed, even a routine autopsy. The mortuary was the only integrated black-white setting at the all white hospital. On certain days as we approached the mortuary, the mortician would announce “White body!” following which the fifteen “non-white” members of our medical school class of one hundred would turn around and promptly and dutifully leave the area of the “white” General Hospital. They were, using the racial jargon of the day, “Indians,” “Coloreds,” and a solitary “Black” student. They were not allowed by law to travel on white buses, or to fraternize with whites in a restaurant, and could not be present at the autopsy of a white person.

During clinical studies, the white students were attached to the all white General Hospital next to the medical school, or to other hospitals reserved for non-whites around Johannesburg. At the white hospital we learned about the early presentation of disease in orderly wards, while at the sprawling Baragwanath hospital, serving a few million blacks in Soweto, we could view the ravages of untreated diseases, in patients lying in overcrowded wards, or more frequently sitting on chairs. We would roam from ward to ward searching for patients with heart murmurs from valves ravaged by rheumatic heart disease, enormous abdominal tumors or pleural effusions, cheerfully chatting about the gross “Bara pathology” over lunch in the “White doctors” dining room. We saw our non-white student colleagues at lectures, but they would not attend ward rounds at the white hospital, where we were exposed to the cream of the medical specialists as our bedside teachers.

Returning to the reunion, as each septuagenarian in our geriatric cage rose to speak, a focus was clearly on images and feelings from the South Africa we had left behind more than a half century before. Many mentioned the “whites-only” autopsies, and at the memorial service, the daughter of a recently deceased class member, who was the first non-white cardiologist to qualify in South Africa, related in a choking voice how that humiliation had haunted her father throughout his career.

Should we have turned around and left the mortuary together with our colleagues, and risked expulsion from medical school, or embarrassing our families with media exposure? Or should we have refused to attend an autopsy on a non-white body? Later, the enormity of the inequality of health services for the white and non-white populations would strike us from time to time, but would soon be relegated to our greater need for clinical experience. And now the greatest ignominy was remembering the deafening silence as our classmates turned back from the mortuary, and our accompanying inaction.