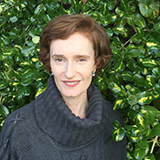 A Brazilian adaptation of our PACK training programme for primary care doctors and nurses went live last week in the Southern city of Florianὸpolis, or Floripa as it is known to locals, amid great excitement including a clip on local television. We’ve spent 15 years in South Africa developing, researching, and fine tuning our programme. PACK, or the Practical Approach to Care Kit, combines a clinical decision support guide with onsite, interactive, team-based training sessions to familiarise health workers with its content and support scalable implementation. It covers an approach to the most commonly seen symptoms and conditions amongst adults attending primary care services, integrating content on communicable diseases, NCDs, mental disorders and women’s health. We’ve demonstrated positive impacts on quality of care in a series of pragmatic trials mainly in the area of communicable diseases. The programme has been scaled up in South Africa reaching more than 20 000 nurses and doctors across more than 2000 clinics. Last year we partnered with the BMJ’s Evidence Centre to keep the guide up to date with the latest evidence, and to respond to the many requests we’ve had to adapt and implement the programme in other countries. You can read more about our journey over the past 15 years in an article published last year.

Over the years we’ve also supported adaptations and pilot implementations in other countries including Malawi and Botswana. But Brazil is a first in many ways. It’s the first time we’d worked outside sub-Saharan Africa which brought home just how severe the health care worker shortage is in our part of the world. Usually that shortage, most effectively conveyed by Worldmapper which shows Africa’s beautiful curves reduced to a sliver, is thought of in terms of the effect on the provision of clinical care, and how it has necessitated the use of task-shifting and—sharing to try and meet the demands on health services. This has been most notable in the scale up of antiretroviral treatment programmes. But these shortages cut across the board, and hit equally hard at a management level where a small group of skilled and committed people are running ragged trying to manage budgets, donors, medication stock-outs, skills shortages and the health emergencies that spread like wild fires through the dry bushels of fragile health services.

And it’s these manager shortages that make it so difficult for innovations to be localised and sustained within such resource-constrained settings. The World Health Organisation and other multilaterals have consistently used a model of flying in consultants from high income countries to provide initial assistance with localisation and piloting of programmes and innovations. But these technical advisors eventually go home, often with a successful pilot behind them and a publication in a peer-reviewed journal, but without having established the local capacity needed to sustain the long road that is the nature of health system strengthening.   Our own support for adaptations of our programme in Malawi and Botswana had produced encouraging pilots, great initial enthusiasm, several publications, but no durable capacity to revise the localised versions of the guide or continue active implementation through training and support. When Brazil came knocking on our door, it was time to do things differently.

Enter the role of serendipity. We’d been invited to present PACK at the 2014 annual meeting of WHO’s Global Alliance against Chronic Respiratory Diseases in Salvador in Northern Brazil. Our journey had started out in respiratory health with an adaptation of WHO’s Practical Approach to Lung Health, and a bunch of entrepreneurial pulmonologists who understood that ultimately a horizontal wide-ranging approach to strengthening primary care was what was needed to improve respiratory health. Cough, after all, is the commonest symptom presenting to primary care worldwide. There was also the opportunity to meet with Brazilian colleagues from Minas Gerais who had localised and piloted an earlier version of our programme restricted to lung health and HIV. But Àlvaro Cruz, who was coordinating the GARD meeting, cautioned me about getting my hopes up that the meeting would yield a partnership capable of taking PACK forward in Brazil.

A week before the meeting I was headed to our office kitchen when our lead content developer, Ruth Cornick, leapt into the hallway and announced, at some volume, that she had just received an email from Jorge Zepeda, the Head of Primary Care Services in Florianὸpolis and that they had found our programme on the web and could they please adapt it for their primary care services. A flurry of emails between ourselves, Jorge and Àlvaro followed. Jorge was invited to the GARD meeting, and we planned to take it from there. Àlvaro wondered whether Jorge might be related to a colleague with whom he had worked at WHO a few years back. It turned out he is. Jorge is his son, and had even a traditional Brazilian dish of Baião de dois Àlvaro in Geneva during one of the weekly get-togethers organised by the Brazilians working at WHO. Intense discussions ensued in Salvador and we left Brazil with a commitment from Jorge to undertake the laborious task of localising the full guide and training programme for that country. What unfolded in the subsequent months surpassed all expectations. Jorge committed two experienced and dedicated family physicians, Ronaldo Zonta and Matheus Pacheco de Andrade, to work on the localisation of the guide fulltime. We changed our modus operandi, and switched from being consultants to mentors, supporting and working alongside Jorge, Matheus and Ronaldo. An unanticipated bounty was the skill and dedication which Ronaldo and Matheus applied to the localisation process, frequently running independent evidence searches, and ultimately improving the global version of our guide. In August 2015 we visited Floripa and spent many happy hours debating the localisation and mentorship process. In February this year Ronaldo and Matheus, who had taken over the Directorship of Primary Care Services in Floripa so that Jorge could take up a PhD scholarship in Leeds, spent a week immersing themselves in our training programme here in Cape Town.

Some bumpy weeks followed. Large scale municipal worker strikes throughout Brazil, the impeachment, and the severe fiscal cutbacks and stasis that characterise governments in crisis, made even the simple task of printing the localised guide something of a mountain. But the photos and feedback from last week’s initial training in Floripa were immensely gratifying—joyful really. Clinicians immediately recognised, and were grateful for, the tremendous amount of work that had gone into the localisation. The fidelity of our training programme, which draws heavily on adult learning theories, was clearly apparent. The photos show training in small groups, not one Powerpoint in sight, and use of our training materials to help clinicians engage with the content of the guide. An evaluation of the programme is now formally underway, clinics randomised, and effects of the training component on the quality of cardiovascular and respiratory care being assessed.

Scaling up has been a catch phrase in health systems for some time,  and at last the discourse is beginning to realise the distinction between crossing borders and going to scale within jurisdictions, and the difference in skills and resources required to achieve these. Ultimately the ability to go to scale and sustain implementation within a jurisdiction depends on the nature and quality of the process used to cross borders. But what the discourse does not adequately reflect is the role of serendipity, commitment and collaborative relationships in achieving both these objectives. Jorge’s Baião de dois may not make it into the formal description of the localisation process we are planning to write up, so let me salute it here. Saude!

Lara Fairall is a doctor by training and a scientist by choice. She heads up the Knowledge Translation Unit at the University of Cape Town which is responsible for the Practical Approach to Care Kit programme aimed at improving the quality of primary care. The KTU has partnered with The BMJ to ensure the content is in line with latest evidence, and to respond positively to the many primary care managers and clinicians who are requesting to use it in their settings.

Competing interests: We have read and understood BMJ policy on declaration of interests and declare LF is an employee of the KTU which has a partnership with the BMJ to provide continuous evidence updates for PACK and will be selling PACK related support services and licences to PACK content in future. No license fees were levied for the Florianὸpolis localisation to acknowledge the significant contribution of local staff to localising the content for Brazil in general and Florianὸpolis in particular.