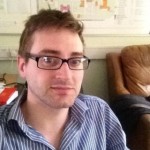 The anguish and despair caused by a public tragedy can be overwhelming. At such times the natural human response is to try to make sense of events, which allows us to grieve together. The media are at the forefront of this process, distilling their narrative from a mix of public sentiment and private opinion.

So it was with the senseless killing of Jo Cox. It was only a matter of hours before the newspapers starting painting their picture of Thomas Mair, now charged with her murder. And to no one’s surprise, mental illness was suggested as a contributing factor to his actions. The Daily Mail’s front page called him “a loner with a history of mental illness;” The Sun’s headline included “crazed loner.”

I can understand why they say those things. It is greatly appealing, on a psychological level, to cleave off beliefs and behaviours that are dangerously alien to the norm as “illness.” It makes us feel safe in the knowledge that no sane human being would ever do such a thing.

Except there is no substantial evidence that suggests that Mair’s actions were caused by mental illness. In my whole psychiatric training I’ve never seen or heard of an illness that causes sufferers to develop a specific and covert interest in right wing militarism and kill their political opponents. Of course, rarely, people with chronic psychotic illnesses like schizophrenia can hurt others, but unless the media have access to a psychiatric report, this would just be a wild guess. There has been nothing to suggest thought interference, auditory hallucinations, passivity or thought disorder, and certainly no suggestion of negative symptoms. Mair’s beliefs may be extreme, but that doesn’t make them delusional. Even if he was historically psychotic to a degree, further lazy assumptions are required to suggest that his symptoms directly led to his actions and that he had no control over them.

But he’d taken psychiatric medication and had psychotherapy previously, the papers would reply. But so would 1 in 4 of us if we had the system to fund it, and usually to treat conditions like depression that have no link to violence at all. It means as little as someone having had physiotherapy or their wisdom teeth removed.

I may be proved wrong in this case in the end, but assuming mental illness may be the cause of violent crimes is a poor default position for another reason. The stigma it causes is pernicious.

As if people with mental health problems don’t have enough to deal with—including actually being 6 times more likely to be the victim of homicide than the general population—they get ostracised and distrusted by the very people who they need to reach out most to help them.

Alex Langford is an ST4 in general adult psychiatry in Oxford. You can follow him on Twitter @psychiatrySHO