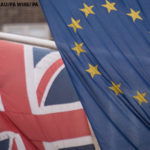 “There are substantial risks for the country’s health service and pharmaceuticals industry,” if the UK votes to leave the European Union (EU) and European Economic Area (EEA) warns an Economist Intelligence Unit (EIU) Report that analyzed the possible impact of a Brexit on the healthcare sector. [1]

To date much of the discussion surrounding Brexit has surrounded the possible economic and political implications of the UK leaving the EU. The EIU report, in line with other major economic forecasters, feel that there will be an initial economic shock with gradual return to market stability. The report highlights that in the event of a Leave vote there would be major political upheaval, or even political crisis, in the Conservative party weakening the governing party.

The EIU report reviews how these economic and political factors could directly translate into challenges for the healthcare sector in the event of the UK leaving the EU, both for the NHS but also private healthcare firms and pharmaceutical companies.

The first concern is that economic challenges may reduce tax revenues and reduce the UK government’s ability to fund the health service at desired levels. At the present time the UK spends around 9.1% of its gross domestic product on health, which is about 17% of the governments overall budget. The EIU report note that by 2020 healthcare spending per head will be around £135 lower per head than its original forecast if the UK leaves. This reduction in spending is on top of an overall £22 billion of efficiency savings that health secretary Jeremy Hunt wishes to make. Those arguing to Leave, such as Conservatives for Britain, wish to use the payments currently made to the EU to increase funding for the health service and have said they would spend £2 billion on NHS staffing and £400 million on currently unfunded treatments. [2] Those in the Leave campaign have reported that immigration at current levels poses a threat to the UK’s public sector including the NHS. The Kings Fund reported that the extent of immigrant use of the NHS is difficult to determine, but varies considerably across the UK, depending on the number and type of immigrants in the area. [3]

Secondly, there are possible implications for UK researchers following a Brexit. Scientific research to date in the UK is particularly well funded and is cost-effective, with the UK scoring well in terms of research output and grant funding compared to other countries. The OECD-Scopus report ‘Scientists for the EU’, reported that the UKs research success was directly attributed to the 15% of UK public funding that comes from the EU and there are concerns that a Brexit would reduce funding available to UK researchers from EU research funding programmes such as Framework 7 and Horizon 2020. The report also notes pharmaceutical companies may base themselves in other EU countries as they would no longer benefit from easy access to European free-market, and the presence of the European Medicine Agency (based in London) which assesses drugs prior to their introduction to the clinical setting. Pharmaceutical companies moving to other countries may further affect research opportunities and funding available to UK scientists.

There are also challenges relating to healthcare staffing in the event of Brexit. The NHS is the UK’s largest employer, and employs 1.5 million people to date. Around 8% of the UK’s doctors now come from EU countries and would potentially be affected by Brexit. Furthermore, there has been a rapid increase in the number of EU nationals applying for registration with the Nursing and Midwifery Council over the last five years in particular with the Eurozone crisis.

The UK has low doctor and nurse to general population ratios compared to the averages in other EU countries, and along with low staffing levels there have been major concerns about the subsequent use of agency staff, which prompted caps on locum and agency rates and pay.

It is unclear what would happen to EU nationals currently working in the NHS at the current time. The government could use an amnesty period to avoid any sudden outflow of workers exacerbating recruitment crises, although the situation for less skilled workers who work in important areas care homes remains less clear.

Alongside the publication of the EIU report, Sarah Wollaston the Conservative MP and head of the health select committee recently vocalized her support for the Remain campaign. [4] Sarah Wollaston said in a BBC interview, “Undoubtedly the thing that is most going to influence the financial health of the NHS is the background economy, so I do think there will be a Brexit penalty to leaving”. Dr Wollaston was referring to the “overwhelming consensus” of economic forecasts that suggest that a Brexit will lead to an economic down-turn albeit in the short-term. In addition, she reported feeling uneasy at aspects of the Leave campaigns use of figures.

Although there would be no sudden deterioration in healthcare in the event of a no vote, the EIU report does outline some areas of real concern for those in the healthcare sector with major potential implications for NHS and research funding, staffing levels and recruitment, and economic, regulatory, and trade challenges for pharmaceutical companies. Indeed, according to the EIU report a Brexit may certainly risk the health of the NHS for several years to come.

Competing interests: LH is a member of the National Health Action party