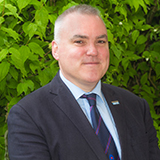 What do you get with twenty pigs and ten humans? Not a giant hog roast or a bad joke about xenotransplantation. No, this appeared to be the full extent of testing of one type of emergency equipment before it was widely used in ambulances. The “can do” attitude in emergency services means that new technologies have often been introduced ahead of good evidence. But that all changed when this kit became the focus of a major trial funded by the National Institute for Health Research (NIHR), the research arm of the NHS.

We met in Sheffield last week to celebrate ten years of NIHR research relevant to ambulance services. This research was brought together in a review by the NIHR Dissemination Centre and shared with a mixed audience including ambulance staff, commissioners, patients, emergency physicians, and researchers. We reflected on the changes in what paramedics do and our expectations of them over that period.

Twenty years ago, there were few paramedics as we now know them. There were ambulance drivers, trained under a military model of rescue (“scoop and run”). Training focused on resuscitation and major trauma scenarios. The world looks very different today. Paramedics now provide advanced treatments in the field, in some places treating up to half of all 999 calls on the scene. They play their part in an increasingly complex landscape of unplanned care, from NHS 111 calls, GP out of hour services, walk-in centres, minor injury units, and hospital emergency departments.

There was also very little research on emergency care outside hospital until recently. Indeed, some people said that robust experimental studies just couldn’t be done in this setting. Our speakers explored some of the challenges, from the practical to the ethical. How do you assess medicines which are stored in vehicles with temperatures ranging from -4 to 40 degrees? How do you secure consent from people and families in crisis? How do you study a clinical condition which may only rarely be encountered by an individual crew—a paramedic for instance may only attempt resuscitation of patients with cardiac arrests once or twice a year. We heard about the rapid diffusion of new technologies, often in the absence of high quality evidence.

But this has changed. In recent years, we have seen some landmark studies in this setting in the UK. This included the publication last year of the largest trial in Europe on out of hospital cardiac arrests. It found no evidence that patients who were treated with mechanical compressions (in this case, using the LUCAS-2 device) had better survival rates than those treated with manual compressions. This has potential for cost savings for the NHS—although our audience also discussed how evidence was only one factor influencing decisions by ambulance services on investment and disinvestment. Other substantive NIHR clinical studies underway include use of adrenaline and approaches to airway management in out of hospital cardiac arrest as well as early assessment of pre-hospital non-invasive ventilation. And not forgetting the notable trial showing the cost-effectiveness of tranexamic acid in reducing deaths from bleeding after trauma for a range of patients. This NIHR study also achieved a first in research impact by getting early use of tranexamic acid inserted into the storyline of Holby City.

But in Sheffield, we were also told by ambulance staff and managers that it’s not all about the life-threatening emergencies. The number of 999 calls to ambulance services have more than doubled over the last ten years. And many of those calls are from people with complex and multiple needs, such as the frail elderly or those with mental health problems. This reality was reflected in other NIHR research, including ethnographic studies showing the complexity of decisions by ambulance staff, for instance on whether a patient who has fallen can be safely left at home. New research is exploring variation across the country in non-conveyance rates. Many patients who would previously have been taken to hospital are now being cared for at the scene by ambulance staff, some with specialist training and experience. An earlier NIHR trial indicated that extended paramedic roles in the community (such as “see and treat” schemes) were effective and appropriate. We need more evidence to assess the best way of meeting demand with a changing workforce.

So there was much to celebrate in the growing evidence base, including almost forty NIHR studies over the last ten years. But research also reflects some of the tensions in the system. Patients in the audience underlined how difficult it was to understand and navigate an ever more complicated landscape of urgent and emergency care providers. There was heated discussion about the notion of “inappropriate” conveyance to hospital, with trade-offs between cost-effectiveness of the system overall and patient choice. And there was interesting speculation on whether ambulance services could learn from the fire services in shifting the focus towards prevention. We heard of opportunities taken by ambulance staff, for instance on educating patients about managing blood glucose levels after hypoglycaemic events. There was much talk not just of using the results of research but of how many ambulance services were now actively engaged in NIHR and other trials (the PARAMEDIC trial for instance engaging over a third of all ambulance services in the country).

Although we ended on an optimistic note, our speakers also cautioned against complacency. In recent international resuscitation guidance, only 1% of the 300 recommendations were based on highest quality evidence. So there is still some way to go. But it was clear that there was real enthusiasm in ambulance services and staff for taking part in research and using findings to improve care. And all agreed, in a short time, we have come so far.

Tara Lamont is deputy director of the NIHR Dissemination Centre.

Tom Quinn is professor of Nursing at Kingston University and St George’s, University of London.
Views expressed are their own.

Tom Quinn: Research funding from NIHR for several of the studies featured in the Themed Review – and member of expert advisory group for the review.

Member (unpaid) of Strategic Advisory Board of the Larrey Society. This is a new ‘think tank’ focused on ambulance service developments.

I have received travel expenses for lectures in Ireland in recent months – Irish College of Paramedics; Community First Responders Ireland. Both are non-commercial bodies.

I received payment for writing an article on acute MI for GP Weekly in October 2015.