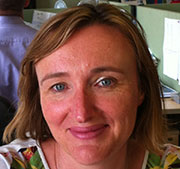 These were questions posed at an event organised by Intelligence Squared under the heading: the future of health, when death becomes optional.

João Pedro de Magalhães, a senior lecturer at the University of Liverpool, offered some intriguing insights into the study of ageing.

De Magalhães is a biologist whose laboratory focuses on the molecular, cellular, and genetic mechanisms of ageing.

“We want to understand why we age and how you can manipulate it. Developing an intervention to delay or stop or reverse ageing is the greatest enterprise of our time,” he said.

However, scientists still don’t understand the process of ageing very well. Some think that damage to DNA drives ageing—but that’s just a hypothesis.

Some animals, such as the bowhead whale, which can live for up to 200 years, appear to barely age at all, he said. And the naked mole rat lives to about 30, a very long life in rodent terms, and is highly resistant to cancer.

De Magalhães is confident that one day humans may be able to slow the process down. His group have tweaked a single gene in a worm, enabling it to live 10 times longer than usual. By doing the same thing in mice, they can live up to twice as long.

Such feats of genetic engineering may be a long way off in humans, but researchers are pinning their hopes on an anti-ageing drug. This is not some amazing new compound but the diabetes drug metformin, which has been in use in the UK since the 1990s.

In December the US Food and Drug Administration approved a clinical trial of the drug, which will see its anti-ageing properties tested in a human population for the first time.

The drug has been associated with a lower risk of both cardiovascular disease and cancer. And a recent study demonstrated that it extends both lifespan and healthy lifespan in mice.

Michael Mosley, doctor and BBC television presenter and chair of the event, wondered whether anyone really wanted to live longer.

As someone whose career is focused on ageing one might expect de Magalhães to be keen to translate his research into real life.

But what would be the impact on health services, asked Mosley.

De Magalhães was upbeat at the prospect.

“If you could slow down the process of ageing it would have a massive impact. It would be great for the NHS. From a financial perspective I think it would be very good. I don’t think there’s a downside to people being healthier for longer,” he said.

Anne Gulland is a freelance journalist.

Competing interests: Anne Gulland is a freelance journalist and the publicity officer (voluntary role) for the Oral History Society