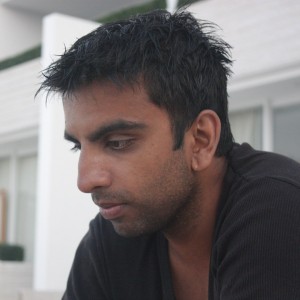 In 2015 the world woke up to the idea that the spread of antimicrobial resistance (AMR) will ultimately lead to a post-antibiotic era in which even simple medical treatments will cease to be possible.

Over the past decade the infectious disease medical community has looked on in horror as NDM-1 (New Delhi metallo-beta-lactamase-1—an enzyme rendering bacteria resistant to many antibiotics) has spread across the globe, causing havoc wherever it is detected. Furthermore, last year the first plasmid-meditated resistance mechanism to the antibiotic colistin, active against gram-negative bacteria, was identified in Chinese animals and humans. Since plasmids are efficient vehicles for the rapid transfer of resistance between bacteria, this is a huge threat to the last line of defence against gram-negative infections.

The political response, although late, is finally gaining momentum. The World Health Organization (WHO) has labelled AMR a “major global threat.” And the US government has pledged $1.2 billion to combating AMR, with an action plan calling for strengthening surveillance, developing rapid and innovative diagnostic tests, accelerating research and development into new drugs, and improving international collaboration.

Already, this political will has translated into a change in culture in hospitals in high income countries, with infection control and antibiotic stewardship now regarded as key indicators of performance. The US funding has also had a positive impact on the antibiotic drug pipeline, with more than 35 new drugs now in clinical development.

In parallel, in 2015 tuberculosis (TB) was designated the world’s most prolific infectious killer, with 1.5 million people succumbing to this curable disease in 2014 alone. Sadly, this is where the apocalyptic similarities with AMR end. While political will, popular media attention, and funding for research have catalysed change in high income countries for AMR, the consequences of 95% of TB deaths occurring in low and middle income countries have been denial, neglect, and inaction. Despite TB being the most lethal pathogenic killer in human history, it has not yet achieved the financial investment, political attention, or scientific fervour that will be required to realise the ambitious goal set out in the WHO End TB strategy of eliminating TB by 2035.

Paradoxically, while progress is occurring in molecular diagnostics and surveillance for TB, the incapacity of programmes to cope with the resultant confirmed cases continues to be highlighted by the spread of multidrug resistant (MDR) and extensively drug resistant (XDR) forms of the disease.

At current levels of innovation, investment, and activity, matters are likely to worsen, since only a quarter of the estimated 480 000 MDR-TB cases worldwide were detected and reported in 2014. And current treatments for MDR-TB and XDR-TB are frequently inaccessible and often hopelessly ineffective. After a course of treatment including months of aminoglycoside injections with high rates of ototoxicity and up to 14 600 tablets, only 50% of patients with MDR-TB can expect to be cured. This grim statistic is twice as bad for patients battling XDR-TB, with treatment being effective in only 25% of cases.

Events of recent years offered some hope to those battling drug resistant TB. In 2012 bedaquiline was approved by the US Food and Drug Administration (FDA) and thus became the first drug approved for the treatment of TB since rifampicin in the 1960s. This ray of light was followed by the European Medicines Agency approving delamanid in 2014. Both drugs had undergone phase 2 randomised studies that showed their effectiveness when combined individually with optimised standard treatment.

The approval of these drugs was supposed to signal a new chapter in the fight against TB. Combination trials of the new drugs with repurposed antibiotics, such as linezolid and clofazimine, were expected to confine aminoglycoside injections to the annals of history. Drugs supported by a dismal evidence base with intolerable side effects were supposed to be swept aside by efficacious, tolerable, and short treatment regimens.

Unfortunately, on World TB Day in 2016, more than three years after bedaquiline was approved, fewer than 3200 patients in treatment programmes have had access to the drug. Access to delamanid has been even worse, with fewer than 200 patients receiving the drug outside of trials.

The FighTBack Initiative, announced by Otsuka, the manufacturer of delamanid, in 2015 aims to provide access to the drug for 20% of patients diagnosed with MDR-TB by 2020. With an estimated 111 000 patients starting MDR-TB treatment in 2014, achieving this target would require a more than hundred-fold increase in access in the next four years. A recent sobering cohort analysis by Médecins Sans Frontières identified up to two thirds of MDR-TB patients who would have benefited from either bedaquiline or delamanid in their treatment regimen.

With the recent addition of delamanid to the Global Drug Facility, a key drug procurement initiative of the Stop TB Partnership, early hope for further access has been tempered by limited registration of the drug by Otsuka and the $1700 price tag for each six month treatment course. Delamanid is only registered in the European Union, Japan, and South Korea with pending applications in China and Hong Kong. High MDR-TB burden countries, where delamanid is urgently needed, remain without registration.

As bedaquiline and delamanid remain tantalisingly out of reach for many, incremental improvement continues to be the chosen method of providing treatment to those with more advanced resistance. Repurposed antibiotics such as linezolid, imipenem, and clofazimine have all shown promise in studies, but have rarely been used in most high MDR-TB burden countries. Many believe that the ideal role of these drugs is to be “companions” to the newer drugs in countries where resistance to other agents is widespread.

However, as these companion drugs are being added in a stepwise fashion to programmes, there will be patients who receive them and fail treatment, reducing the drugs’ effectiveness. By the time the new and more potent drugs become available, there will be no effective companion drugs left to construct regimens. This highlights the urgent need for immediate access to the new drugs. The complexity, expense, intolerability, and poor effectiveness of current MDR-TB regimens remain a potent barrier to national TB treatment programmes scaling up access to treatment. While the addition of new and companion drugs will undoubtedly have a positive impact, ultimately, new shorter, tolerable, and effective treatment regimens are required.

To avert the prospect of rising levels of resistance and years of untreatable DR-TB, access to bedaquiline and delamanid needs to be scaled up now. Inertia and indifference will soon result in the opportunity to take a stride forwards being lost. The world needs to demand novel regimens with multiple new drugs that are tolerable for people to take and affordable enough for countries to pay for them.

With some promise on the horizon, let’s hope that on World TB Day in 2017 we are not left ruing another year of lost opportunity.

Jay Achar is an infectious diseases specialist currently working as a tuberculosis/HIV programme and research adviser within the Manson Unit of Médecins Sans Frontières (MSF). Jay has extensive experience with MSF, supporting HIV/TB programmes across Central Asia and Africa.