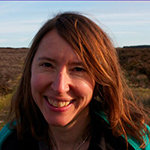 The advent of quantitative approaches to understanding the patterns of disease ushered in a golden era for public health. From the link between smoking and lung cancer to HIV and AIDS, statistics have been laudably applied to guide societies into tackling life-threatening behavioural practices and infectious diseases.

In a nation with a tightly rationed public health service, statistics are also key to deciding which of the many drugs on the market are made available. A group such as NICE must make agonizingly difficult decisions, weighing the price of treatment against its potential benefit. A common disease must be prioritized over a rare disease—any rational person would have no problem with that premise.

Unfortunately, population based statistics fall down in the face of the individual. If a diagnostic test has a 99% sensitivity, for example, it is perfectly logical behaviour to approve it for use and apply it blindly. But what do we do with the 1% of patients who are genuinely ill yet are shooed away by their GPs? Answer: we let them fall through the cracks and write it off as an occupational hazard of mathematics.

But the cold, hard logic of numbers crumbles even further in the case of fear—especially parental fear for their babies. The reaction to Zika virus might be dismissed as hysteria, the uneducated reaction of people who don’t appreciate that a solid evidence base between infection and microencephaly has not yet been established. But try telling that to an individual—a pregnant woman in Brazil, for example.

The reaction to the death of Faye Burdett from meningitis B is a perfect example of the way that one individual can overwhelmingly trump any number of learned statisticians. For Faye was not just a number, one of 3,200 annual cases of meningitis in the UK. Faye was a living, breathing girl, a sweet-faced toddler smiling up at us from the floor one moment, and then lying nearly lifeless in intensive care with horrific lesions the next. The “before” and “after” photos swept through social media like wildfire, and galvanized the current petition calling on the government to make the Bexsero MenB vaccine available to all children, not just those under 1 year old. The petition quickly became the most signed petition on the government’s website, just passing 700,000 signatures as I write.

It matters not a jot to a parent that the odds of a child contracting meningitis B after the age of six months are rare. They want the vaccine for their child: and who can blame them?

In hindsight, given the initial restriction back in September’s Bexsero rollout and the democratizing power of the internet, it’s no surprise that people are reacting as they have. It is a little more surprising that a multinational drug giant like GSK was caught out, with insufficient stocks to cater to the demand of private clinics who are now turning away frightened parents in droves.

It was already an uneasy reality, back in September, that affluent families could acquire protection for older babies, while poorer families could not. But as the death of one individual reminds us that numbers are only abstract entities, further questions are now raised. Yes, Bexsero is still expensive, and MenB is still rare. The NHS budget remains unchanged. But the petition may well lead to a re-evaluation. This terrible disease is now preventable. Going by the 2014/15 statistics, expanding the programme to all under-5s could save a dozen lives, and prevent the disability of about two dozen children.

What are those young lives worth? It’s not only a question of cost any more. It’s a question of morality and social justice—and it’s one for us all to decide.

Jennifer Rohn runs a lab studying the cell biology of infection in the Division of Medicine at University College London.