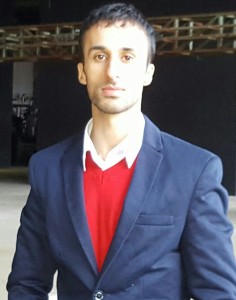 “Thank you for remembering us and being here.” These were the grateful words of a Syrian man who had migrated to Jordan in the wake of the conflict in Syria.

I was volunteering in Jordan with an American medical charity (Salaam Cultural Museum), which specialises in medical relief missions to help Syrian refugees who need access to healthcare.

I was travelling with various humanitarian and healthcare professionals from a host of different countries, visiting villages around Jordan that had a high proportion of refugees and providing healthcare. Usually, this involved using a public building, such as schools or community halls, and improvising to establish makeshift consultation rooms.

The nature of the complaints we handled were very similar to those encountered in UK general practice, with the bulk of problems being upper respiratory tract infections, skin complaints, nutritional deficiencies, anaemia, diarrhoea and vomiting, and depression. Arabic interpreters who had volunteered were useful for helping with translation. Medical care was mainly tailored to treat acute presentations, as the difficulty of arranging follow-up and the lack of access to investigations limited the scope of what could be diagnosed and treated. Sometimes hundreds of people would be seen in the space of a few hours. Most of the time simple treatments were sufficient: paracetamol, multivitamins, and skin creams.

It was a humbling experience. Without the benefit of investigations, and with the language barriers and reliance on interpreters, the emphasis was on history and examination to make decisions.

Most of the refugees we met had integrated into the local communities and we met them during our trips to the villages: Irbid, Zafraq, and Zarqa, among other villages. A more organised and concentrated official camp had been established to the north of Jordan, called Zaatari camp. This was an open air camp and resembled more of a city in the middle of the Jordanian desert, with secure walls around the perimeter and the presence of soldiers and tanks to maintain security around the site. There was a checkpoint to identify our travelling cohort but at no point did I feel unsafe or in danger. The presence of soldiers and military personnel around the Middle East is very common to maintain order, and I understood this from my previous visits to Jordan, Lebanon, and Syria (prior to the war).

What struck me most about the Zaatari refugee camp was the apparent organisation of the facility; I had expected a chaotic and disorderly mass of shelters and queues of people interspersed around them. I was surprised to see a relatively organised street of shops selling food, clothes, and other essentials. It seemed that people had moved on and tried to establish themselves in this new society, working and establishing employment rather than simply giving up and remaining in their accommodation.

This was true in the villages too—I saw older men with back pain who still insisted on working to support themselves and their families. This was just one such example among many others and it was inspiring to witness this “never give up” mentality. Some of these people had been wealthy business owners but they still adapted to make a living by any means they could, a strong sense of contributing to society instilled in them.

I remember treating a young boy with a nebuliser for his asthma, most likely precipitated by passive smoking—there’s a high prevalence of male smokers among Jordanian and Syrian populations, a public health issue in itself. I turned up one day at the camp to find a child with severe burns to their face and body as a result of an accident involving an open fire lamp—incidents like this were relatively commonplace in the camp and were exacerbated by the high population density and limited electricity supply. Power cuts were common and seemed to occur daily.

On another occasion I treated a child and was swamped with gratitude by the father, who insisted that I take a picture with his son for his memories. About half an hour later the man returned with a present for me: a copy of the Qur’an in Arabic. The sentiment was touching and moments like this served to remind me that many of the refugees had been through immense psychological stress and trauma. Sometimes they just needed human interaction to reassure them—a listening ear for their story of struggle and upheaval to provide some comfort.

Outside, the children played on the streets and families chatted away. There were a few football games being played in the open sand areas by boys and young men.

The people told me stories of their longing to return to Syria and of their loved ones still there who were unable to go with them and flee to Jordan. One such person was a Syrian doctor who I worked with in the emergency room. He told me about his mother who was still in Homs, a city in Syria, and how he hoped that one day she would be able to reunite with him.

The atmosphere in the camp seemed to be one of unity and it appeared that the refugees gained solace from the fact that they were all in similar circumstances. My perception was that there was a community spirit to the camp—perhaps some had even become content with this way of life. After experiencing all this, the benefits of (and our fortune in having) a healthcare system like the NHS in the UK—free at the point of use and widely accessible—were all the more resounding.

Luqmaan Malik is a GP based in London.