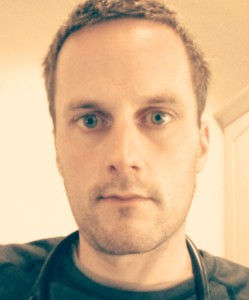 It is critical for policymakers and policy influencers, such as the BMA, to engage with the public and listen to their wishes on issues such as assisted dying. For too often this most important group has been sidelined in the debate. Take the decision MPs made last year to reject the Assisted Dying Bill (No 2) at its second reading. MPs who voted against a change in the law chose to ignore the Royal College of General Practitioners’ patient participation group, the results from the Patients Association’s consultation, and the repeated polls of the general public, which all show majority support for a change in the law.

In 2000 Walter J Kade (a pseudonym, at the request of his patient’s family) wrote of his initial opposition to the Oregon Death with Dignity Act and then his subsequent change of opinion after experiencing an assisted dying request from a patient. Initially he “did not choose to hear” the plight of his patient, yet soon after providing her with the means to end her own life under the act, he realised that his dying patient was the person best placed to define her own suffering and that he had no right to impose his views on her decision. By consulting the public, the BMA has signalled a willingness to listen on behalf of the profession and to take that step towards humility, which Kade refers to.

Many doctors may have also experienced the complex reality of how the current law is failing. Some may have been asked for medical records so a patient can travel to Dignitas (and subsequently put their career at risk), and some may have discovered that a patient has ended their own life, either abroad or at home. The BMA has a responsibility to listen to the voices of those within the profession too.

Yet the presentation of the evidence in an honest way is a vital part of this consultation process and, unfortunately, this was not always the case during this research exercise.

For example, during the consultation various stimulus materials were provided “to enable a more informed debate.” In “Stimulus D,” an exercise which focused on how assisted dying is carried out in countries where it is legal, participants were provided with three pieces of information regarding negative “lived experiences” from Oregon, yet they were not provided with information relating to positive “lived experiences”—for example, improved communication, greater access to palliative care, less anxiety.

Participants were told that the time between ingestion and death ranges from one minute to 104 hours, which resulted in some being “shocked,” no doubt at the image of the long, protracted death they might fear; yet they were not told that the time between ingestion and unconsciousness is 1-38 minutes, which would have allayed such fears. They were told that 23 out of 530 people have experienced complications in the Oregon cases and that known complications in physician assisted dying include nausea and vomiting, seizures, and muscle spasms. They were not told that the only recorded complication from Oregon is “regurgitation” and, in fact, there are no records of anyone experiencing a seizure or muscle spasms in the 530 of 859 cases that Oregon has information on. This information is all publicly available.

Participants were also not told why complications seem to occur: is the life ending medication prepared and consumed correctly? Is there improper use of laxatives or alcohol? Do underlying diseases slow gastric absorption? Answers to these questions are not known with certainty because in Oregon there is no requirement for a healthcare professional to be present when the life ending medication is prepared and self-administered. Critically, the bill proposed in this country contains additional safeguards to the Oregon law to protect against such complications. Participants were not informed of this information.

If the BMA holds genuine concerns about the safeguards of an assisted dying law then it needs to engage in the debate constructively and clearly. Concerns that the BMA has raised in its numerous briefings to Parliamentarians are the same concerns raised 18 years ago in Oregon prior to the law coming into effect, yet subsequently no medical organisation in Oregon has campaigned to repeal the law and doctors who participate recognise their privileged position of being able to respect their patients’ dying wishes. The law has worked safely now for 18 years and many other states have followed Oregon’s lead. BMA members will have a chance to debate policy at this year’s Annual Representatives Meeting. The outcome of that debate will depend on what, and who, we choose to hear.

Competing interests: Paul Teed is a member of Healthcare Professionals for Assisted Dying and the Secular Medical Forum.