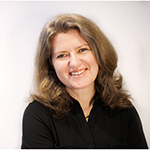 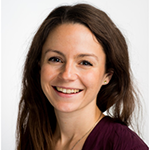 This week the Chief Medical Officer has published new guidelines on drinking alcohol. Was a revision necessary, and if so why?

The old guidelines were two decades old, and we know more now than we did then about what diseases alcohol contributes to, and about any health benefits. Also, the old advice was confusing at best. 1995 guidelines had daily recommendations “not to regularly exceed” 2-3 units for women and 3-4 for men, which sat alongside weekly guidelines from 1987 of 14 units for women, 21 for men. Ranges are more confusing than absolutes, especially when the 1987 weekly guidelines don’t tally with the upper end of the 1995 daily limits. What’s more, none of this reflects how people actually drink, which is in terms of drinks, not units of alcohol.

The new guidelines recommend that men and women should drink no more than 14 units weekly, spread over three or more days, with several alcohol free days. There is advice about “single episodes of drinking”: limit the total (number of units not specified), drink with food, and alternate with water. The guidelines also state no alcohol is safe to drink during pregnancy, although this is a whole debate in and of itself, so we won’t discuss that here.

The guidelines appear to have taken into account the changing scientific landscape. The WHO now ranks alcohol among the top five risk factors for disease, disability, and death throughout the world. We know more about the health benefits too: there may be some modest protection in some groups against heart disease, but at lower levels of consumption than the guidelines, and they can be wiped out by binge drinking. Health benefits of light drinking do not extend to other serious diseases caused by alcohol, such as cancers and liver disease. It’s this evidence which has driven bringing down the guidelines for men.

The new advice is a huge improvement when it comes to confusion: by changing to weekly guidelines only, rather than daily and weekly, previous muddles about ranges and when to drink are removed. Not drinking at all for some of the week may strike a chord with people, and have physical benefits (alcohol is metabolised to acetaldehyde, which is toxic, and a break from that has got to be a good thing), but also mental benefits (alcohol is a depressant), and psychological (breaking a daily drinking habit may make it easier to change excessive drinking patterns).

A weekly total aligns more with how people drink, by giving people flexibility. Recent research by Lovatt and colleagues identified that the guidelines were seen as unrealistic, particularly by those for whom getting drunk was part of their drinking pattern. However, there is undoubtedly a disconnect between the drinking guidelines and drinking patterns, and looking back, the reputation of the old drinking guidelines was damaged after they were notoriously described as “plucked out of the air.” In 2007 the Health Survey for England found around half of adults either hadn’t heard of units or didn’t know what the drinking guidelines were. Guidelines might be better received by the public if they were given in terms of drinks not units, but given the variation in drink sizes and strengths, it is very difficult to see how this could work in practice.

The new guidelines are much clearer than the old, and if coupled with policy interventions such as minimum unit pricing, could work together to reduce harm from alcohol. As society and individuals become more health aware, we demand information about food, drink, exercise, and drugs, but we often choose to ignore messages we don’t want to hear. The next few days will no doubt see free market economists and libertarian-leaning think tanks throwing their hands up in horror at the “Nanny State” and raging against the machine, but this is the same machine we expect to pay to mop up the health and social harm alcohol cause. In all the hysteria it may be well to remember that guidelines are just that—guidelines, which empower people to work out for themselves what level of risk is acceptable.

Sally Marlow is a post-doctoral researcher at the National Addictions Centre, Institute of Psychiatry, Psychology, and Neuroscience, King’s College London, and a broadcaster and commentator on alcohol and addiction.