My pursuit of words that twist are repeatedly balked by a desire to comment on the way in which Jeremy Hunt continues to twist and turn over the junior hospital doctors’ contract. Did he really have a change of heart when, after first declining to do so, he belatedly agreed to negotiate, mediated by Acas, or was he merely indulging in underhand brinkmanship, intending the blame for any chaos that resulted when the proposed strike days were called off at the last minute to be laid at the feet of the doctors rather than where it really belonged? I consider the answer to be a no brainer. Will he now indulge in more Fabian tactics?

Fabian tactics are so called from the way in which the Roman general Quintus Fabius Maximus successfully dealt with the threat posed by Hannibal in the Second Punic War, during which he avoided face to face battles and weakened the Carthaginian troops by repeated skirmishes and by cutting off their supplies.

Latter-day Fabian tactics are not limited to Conservative politicians. When a group of socialists founded the Fabian Society in 1884, among them E Nesbit and Havelock Ellis, and later George Bernard Shaw, Annie Besant, and Sidney and Beatrice Webb, they did so with the intention of using gradual rather than revolutionary means for spreading their political principles. They explained their strategy as follows: “For the right moment you must wait, as Fabius did most patiently, when warring against Hannibal, though many censured his delays; but when the time comes you must strike hard, as Fabius did, or your waiting will be in vain, and fruitless”. A blue plaque at 17 Osnaburgh Street, near Regent’s Park in London NW1, next to the Melia White House Hotel, commemorates the foundation of the Society.

The Fabians founded the London School of Economics and Political Science in 1895 “for the betterment of society”, the modern Labour Party in 1900, and the New Statesman magazine in 1913. They also supported eugenics through contraception and sterilization. They continue to flourish today, and their archives are held at LSE. There are also Fabian societies in Canada, Australia, and New Zealand, not to mention Sicily.

Fabian tactics have value in economics. Warren Buffet has said that “much success can be attributed to inactivity—most investors cannot resist the temptation to constantly buy and sell. Lethargy, bordering on sloth should remain the cornerstone of an investment style.”

Doctors may also usefully espouse Fabian tactics, in the extreme form known as masterly inactivity. Or have they forgotten? Inappropriate investigations, through fear of litigation, and inappropriate treatment may be on the increase. But most things get better without intervention. Furthermore, masterly inactivity does not necessarily mean doing nothing. It may, for example, involve masterly surveillance of populations or monitoring of individuals, a watch and wait approach. The phrase “watchful waiting” is oxymoronic: “watchful” implies activity and “waiting” implies passivity. If surveillance and monitoring are in any sense watchful waiting, they combine both active and passive elements, making these qualifiers redundant. Surveillance, for example, need not be qualified as either active or passive.

Cunctation, from the Indo-European root KONK, to waver or hang, is a fancy word for delay. In “Pseudodoxia Epidemica” (1646; V(ii): 273) Sir Thomas Browne quoted the old Latin tag, festina lente, writing that “celerity should always be contempered with cunctation”. Fabius’s tactics earned him the pejorative nickname “Cunctator” (“Delayer”), because initially the Romans were not impressed with his conduct of the war, during which he won no victories. However, when he was relieved of his command the Roman army suffered their worst defeat, at Cannae in August 216 BC, under Gaius Flaminius. Fabius was reinstated.

Junior doctors beware. The logo of the Fabians is a tortoise, which sometimes wins the race. And its original coat of arms featured a wolf in sheep’s clothing. Fabian tactics can be highly successful, and I expect that Jeremy Hunt (pictures) will continue to practise them. Perhaps we should call him Jeremy Cunctator. 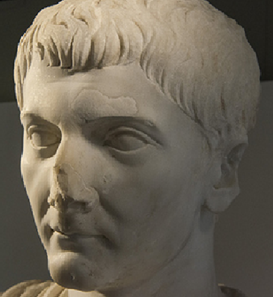 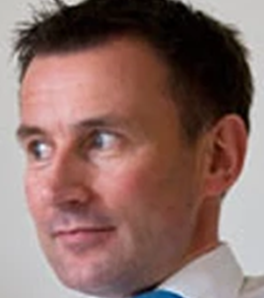 Are they perhaps related?