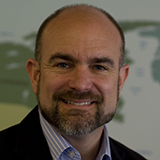 Have you ever been so cold and wet that your bones felt numb?

I recently visited a refugee settlement in Dunkirk, northern France, and the scene was appalling. Dozens of families, many with very small children, were living in flimsy tents under relentless rain in a field that had long ago turned to mud. I visited the same place in the summer when just over 100 people lived there. Now there is twenty times that amount, mostly Iraqi Kurds.

Our mobile medics are treating the refugees’ immediate health needs, but other than that these families seem like a population abandoned—in cold, muddy wasteland in rain sodden northern France.

Crucially, we also help with the mental health of traumatised refugees in the region through psychosocial consultations and art therapy.

Doctors of the World recently won an important court case which forces the French government to act in Calais. In a matter of days the local council will have to identify unaccompanied minors in the camps and fit more taps, toilets, and rubbish collection points. And this will also put more pressure on them to finally provide healthcare.

But Calais is just one final, grim bottleneck in a catalogue of many for these refugees who’ve travelled many thousands of miles.

Across the Balkans, currently in Slovenia, our mobile medics treat the wide range of health problems refugees face in this under reported leg of the refugee journey, whether that be foot or joint problems from walking or gynaecological problems of women and girls who cannot even dry their underwear.

Further afield, in Idomeni, on the Greece-Macedonia border, our medical volunteers work around the clock in chaotic circumstances as Macedonia is refusing refugees who are not from Syria, Iraq, or Afghanistan, causing those from other countries to remain stranded at the border point.

Our work and responsibilities do not stop at Europe. Doctors of the World operate 350 programmes in more than 80 countries across Asia, Africa, and South America. One of our highest profile programmes this year was our Ebola response in Sierra Leone. We are proud of the role that our Ebola Treatment Centre played in helping to ensure, as recently announced, that the country finally became Ebola free.

But Ebola has left an already weak health system in tatters, meaning more people are dying from preventable causes today than they ever did from Ebola. Our staff are staying in Sierra Leone to help strengthen the health system through training and outreach programmes.

This ethos is central to all of Doctors of the World responses: we will not just help for the short term. We try to rebuild and build back better sustainable, self-sufficient health programmes that are not a substitute for local and national health services, but which build the capacity of local people, local doctors, and nurses, to meet local health needs.

And none of this would be possible without the donations on which we completely rely. Which is why being chosen to be the BMJ’s Christmas appeal charity is so hugely significant for us. Thank you for giving so generously to those who are not as fortunate as us this Christmas. For many refugees this winter, their physical and mental health will depend on it.

To donate to The BMJ‘s Christmas appeal please click here.

Leigh Daynes is executive director of the health charity Doctors of the World UK, part of the international Médecins du Monde network. Prior to Doctors of the World, Leigh had extensive aid and development sector experience, from Afghanistan to Zimbabwe, at the headquarters of the International Committee of the Red Cross (ICRC) in Geneva.