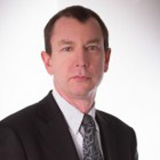 Conflicts of interest are an inevitable part of the commissioning environment. There are obvious advantages to having local GPs at the heart of commissioning and in many areas they have made a very positive contribution. But the governance challenges associated with commissioning are enormous. In recent months, we have been working with a number of CCGs who have found those challenges difficult. At times they have fallen short of delivering in line with expected practice. From a number of recent investigations we have identified some key conflict of interest themes which contributed to the failure and are likely to be common issues for other CCGs.

The inherent tension in the design of CCGs whereby GPs are explicitly tasked in both specifying local services and delivering them has been a strong theme in recent CCG investigations we have undertaken. It is acknowledged and accepted by those involved that, at a point in the process GPs must step aside when commissioning (i.e. financial) decisions are made from which they may benefit. What is considerably less clear is when, exactly, they should leave the decision making (or, indeed, influencing) activity. Given this lack of clarity, it is very easy for individuals with different interpretations of the boundaries of propriety to take exception to behaviour that others may find unremarkable.

In a recent investigation we found an inconsistent interpretation amongst staff of what constitutes a conflict of interest and therefore what should be declared. We found that a number of GPs held retainer contracts with care homes—to deliver services outside of the core contract. However, they did not declare this association as a potential conflict of interest—despite the CCG’s conflict of interest policy requiring them to do so.

This suggests that either the CCG was not appropriately communicating or monitoring the implementation of the declaration of interest policy or there was wilful non-compliance on the part of GPs (and other governing body members). The message about the need to declare all conflicts (potential or real) in line with policy needs to be clearly communicated to staff and rigorously enforced.

We have often found that the first time a CCG realised that it had a conflict of interest issue was when it had to respond to a complaint from a whistleblower. With the integration agendas (which blur neat distinctions) growing, this problem is likely to get worse. The first and biggest mistake is to be in denial about conflict of interest issues. Association with them sounds bad, so CCGs do not want to have them. But it is impossible for a CCG to be doing its job properly and not have conflicts. A CCG which isn’t involved in improving primary care, reducing demands on A&E and integrating different parts of the system simply isn’t doing its job.

Once you accept that there are conflicts, it is possible to manage them. This is especially true in areas such as Primary Care commissioning where CCGs are often left with responsibility for something they have not been properly funded to work on. One CCG we worked with found this particularly challenging. As they had no guaranteed funding, their primary care team was almost entirely made up of interims and ran on a year by year basis. Inevitably corporate knowledge was lost and there was no one in the team who felt empowered to question senior GPs decisions when that was what was needed.

Procurement too can be a difficult issue, particularly when the providers could potentially be GPs themselves. The balance between securing the input of local GPs while ensuring that there is a level playing field for potential providers is one we have seen CCGs struggle with. We only see these issues getting worse. As the vanguard programme continues to promote integration and co-ordination it will be increasingly difficult to achieve this balance.

Conflicts of interests cannot be eradicated, but they can be managed. Organisations should focus on understanding and managing them. Getting a clear and objective perspective on them from the inside can be difficult; independent advice from a critical friend may be preferable to the attention of a whistleblower.

Peter Killwick is a partner at Verita. He works in consulting covering a variety of strategic and operational issues in a wide range of sectors including healthcare, automotive, financial services, manufacturing, retail, telecommunications, and government. In Verita, Peter has a particular focus on the development and evolution of our diagnostic tools including the Organisational Resilience Assessment and Complaints diagnostic.