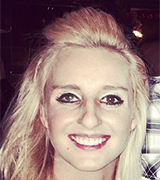 Over the past few months it would be very difficult to have missed the news stories reporting on the Syrian refugee crisis. Civil war has now continued in the country for more than four years and the World Health Organization states that there are currently “12.2 million people in need of humanitarian assistance, with more than 7.6 million of them internally displaced.” Moreover, over 4 million Syrian people are registered outside the country as refugees.

The UK has agreed to take 20 000 of these refugees over the next five years. As doctors, it is important to educate ourselves about what to do should someone present whose legal status we are unsure about.

Asylum seekers and refugees can experience harsh living conditions within the UK. Asylum seekers are not allowed to work (even if they are qualified professionals, such as doctors or nurses). They are given £36.95 per week to live on, which equates to £5.28 per day for “food, sanitation, and clothing,” which is 60% below the UK poverty line. Applications can be in progress for years, meaning that even those who want to work are unable to do so for a prolonged period of time.

There are a number of health problems that are known to be associated with a low socioeconomic status, particularly in children born into and living in low socioeconomic households. Children in poor families are two times more likely to die at birth or in infancy and are also twice as likely to have cerebral palsy. A 3 year old child born into a family with an annual income of less than £10 400 (thus, any asylum seeker) is more than twice as likely to suffer from a life limiting chronic illness, or to suffer from asthma as those whose annual household income is more than £52 000.

Furthermore, some asylum seekers and children arrive with health problems associated with having travelled long distances or physical trauma related to their claim. Moreover, children and adults living in poverty are more likely to suffer from mental health problems. In 2003, a survey was carried out in Glasgow, which found that asylum seekers had “multiple mental health problems, including emotional problems, depression, post-traumatic stress syndrome, and uncertainty over the future.” It also found that many women had previously been exposed to sexual violence and rape, which carried with it a long lasting emotional impact and a higher risk of mental health issues.

Additionally, an unfamiliarity with the structure of healthcare provision within the UK and the language barriers that may potentially exist can also represent significant obstacles to refugees and asylum seeker engagement with NHS services.

We understand that these are particularly vulnerable people and that they may have complex healthcare needs. But what is a doctors’ role in regard to treating them or refusing treatment? BMA guidance from 2012 states that all asylum seekers and refugees are entitled to register with a GP and receive free hospital treatment. Despite this, many GP practices require people to provide up to two proofs of address or ID prior to being able to register—something which these vulnerable people may not have access to. Moreover, GP practices “retain discretion” to register refused asylum seekers, the same as they would for registering any patient, regardless of his or her residency status. For this particularly at risk group of people, this may be a barrier which they struggle to overcome and practices should perhaps reconsider these requirements in such patients.

Within secondary care, all trauma and emergency cases must be treated. Compulsory mental health treatment should also be free at point of care for all. Some communicable disease treatments are also free for all at point of service; this includes hepatitis B, tuberculosis, and counselling and diagnosis of HIV. Asylum seekers who are undergoing a course of hospital treatment at the time of their claim for asylum being refused are still entitled to receive that period of treatment free of charge until completion.

With a likely growing population of refugees and asylum seekers in the UK, it is important that as healthcare professionals we are aware of the potential vulnerability of these patients. They are likely to suffer from complex physical and mental health problems born not only from the nature of their background, but also from enforced poverty within the UK. We should therefore remember that it is our first duty to treat the patient, and not to enforce border rules when we come across these individuals.

Rebecca Stout is currently a foundation year three doctor, having undertaken her medical degree at the University of Dundee where she also intercalated in international health. In her spare time she volunteers with the charity Refugee Action, which she finds immensely rewarding.

Competing interests: I have read and understood BMJ policy on declaration of interests and declare the following interests: I currently volunteer with the charity Refugee Action and have done so for the past year.