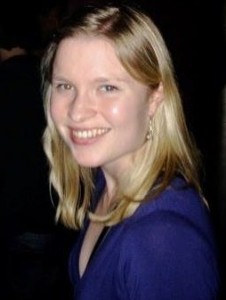 Poor provision
“We have 77 psychiatrists, most of them in Nairobi. Quite a big chunk of them are doing private practice and only for those people who can afford their services. In fact, in Kenya, we don’t have a psychiatrist working at the level of the community full time. We don’t have that kind of luxury.” Professor David Ndetei of the Africa Mental Health Foundation describes the outlook for mental health in Kenya.

His comments reflect what is also happening on the rest of the continent. Of the 50 African countries, seven are without a psychiatrist, 12 without psychologists, 12 without social workers, and 11 without psychiatric nurses. In fact, Kenya has the best provision of all, with one psychiatrist per half a million people. Funding represents another problem; 70% of African countries earmark less than 1% of their national health budget for mental health services, compared with around 5% in most European countries. Instead, funding is focused on more traditional areas of concern such as tropical diseases and HIV.

Likewise, research on this subject is poor; mental health publications from low and middle income countries (the majority of which are in Africa) comprised just 4-6% of articles in internationally indexed psychiatry journals from 2002-04. Only one African country, South Africa, made it into the top five contributors for mental health research from low and middle income countries, and this is not representative of Africa as a whole, since South Africa has one of the highest GDPs on the continent, topped only by Nigeria. On top of this paucity of research, Africa is experiencing the impact of a global “brain drain” of skilled psychiatric professionals to high income countries; for example, substantially more Nigerian psychiatrists work in the UK than in Nigeria itself, lured by the promise of better salaries, a more reasonable workload, and better quality training.

Rising demand
In the face of these problems, mental health services on the continent are in greater demand than ever. All low and middle income countries across the world face this problem; it is estimated that 90% of mental health disorders in these countries go untreated, despite the fact that they are home to 85% of the world’s population.

Africa has additional challenges on top of this in the form of a growing burden of HIV associated mental illness, PTSD in the wake of wars and displacements, child soldiering and prostitution, female genital mutilation, and the mental cost of a continent in transition. And add to this the devastating human cost of the ongoing Ebola epidemic.

WHO cares?
The ball started rolling on global mental health in 2007 when the Lancet published a high profile series of articles on the topic. The aptly titled “No Health without Mental Health” paper drew attention to distressing statistics: 14% of the global burden of disease is due to mental illness. After this, in 2008, the World Health Organization (WHO) launched a formative policy document on the integration of mental health treatment into primary care, detailing 10 key principles for successful integration. More recently, the 2013-20 action plan on mental health laid out three further objectives alongside integration: more effective leadership and governance, the implementation of strategies for promotion and prevention, and strengthened evidence and research.

What’s happened since 2008?
Since 2008, a short training course developed in line with the WHO Primary Care Integration guidelines has had global success. Initially developed in Kenya, the five day course has now been successfully exported to Malawi, Iraq, Nigeria, and Sri Lanka. An initial partnership between Kenya’s Ministry of Health, the Kenya Psychiatric Association, and the WHO trained 3000 primary health staff in mental health, with a combination of theory, discussion, role plays, and videos. The syllabus covered: core concepts of mental illnesses and its associated contribution to physical health and economic outcomes; core skills, such as communication and the mental state examination; common neurological disorders; and a country specific adaptation of the WHO primary care guidelines for mental health, including policy, legislation etc.

Such courses have been very effective. They have improved patient outcomes, improved health workers’ knowledge and attitudes, increased the proportion of correct diagnoses given, and led to more successful consultations as witnessed by specialist psychiatrist observers. Furthermore, short term programmes are cost effective; they use existing human resources; and they can be implemented to reach all locations, including rural areas. These fledgling courses represent a very promising solution to the problem described by Professor Ndetei.

The future
Short term training courses are an important solution but not the only one. Other approaches are also making inroads into the problem. Partnerships between various African countries and mental health research units in developed countries have been successful in increasing African research capacity and skills. Equally “task shifting,” whereby mental health training is given to lay workers, community volunteers, and spiritual leaders, offers great potential to a continent with such a scarcity of psychiatrists. The use of lay counsellors and village volunteers in Uganda has been shown to improve identification and compliance of new mental health patients.

Telepsychiatry is also starting to take fledgling steps on the continent, and offers a potential solution to the shortage of highly qualified psychiatric professionals on the continent. A recent systematic review, conducted by researchers at KwaZulu-Natal University in South Africa, found that there is good evidence to support wider use of telepsychiatry in resource constrained settings, in terms of cost effectiveness, reliability, acceptability, and patient satisfaction.

Many challenges remain. Progress has certainly been made since 2008, but there is a long road ahead. In particular, short term training courses in mental health must be optimised, creating a standardised baseline version that can be applied to any country, with specific adaptations for culture and economic background. For this to be feasible, we must come up with more rigorous data collection. Equally, we must try to incorporate other effective policies into the course in order to make it more holistic: situation specific approaches seem to be the way forward, including lay counsellors and telepsychiatry if resources are limited.

Another pressing challenge is to address the global stigma facing mental illness. Africa is no exception to this, indeed, the very opposite. Stigma runs deep in many African countries: a survey published in 2013 showed that over 80% of primary care physicians in Lagos, Nigeria agreed that becoming depressed is a way that people with poor stamina deal with life’s difficulties. These kinds of stigmatising attitudes prevent patients from seeking care and can impact on quality of care.

In the face of deeply entrenched attitudes towards patients with mental illness, the best way to change such mindsets is not yet clear, and in any case it is likely that years of campaigning will be necessary before the global mindset changes. Nevertheless, it is possible to start making small inroads into the problem. In July this year, Professor Ndetei and his team conducted research into stigmatising attitudes among a sample of 4585 Kenyan schoolchildren. They found that stigmatising attitudes towards the mentally ill existed among the children, and that such attitudes were more pronounced in boys and those living in rural areas, but lessened as the children grew older. Such results suggest that the targeting of sub-groups within populations may be a useful strategy in combating stigma. Another potential solution is the attempt at “normalisation” of mental illness alongside physical illness, as, for instance, in the introduction of the “Mental Health First Aid Kit” in Stockholm by Swedish mental health awareness campaign “Hjärnkoll.”

This discussion has only touched the surface of a very broad and important topic. Much research remains to be done, and we are only at the beginnings of a growing interest in global mental health—and its application to Africa in particular—but it is pleasing to see increased awareness of the problem at hand. There are no easy answers to the challenges mentioned above, but the awareness that they exist is the first step in the solution.