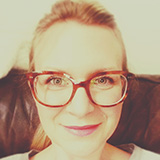 In the 13 years since embarking on my medical training I have witnessed unbelievable progress in many different aspects of medicine as a whole, not least, within gender equality.

I am a female general surgical registrar in North West London. I am married to a recently retired professional rugby player. I have no children…yet.

I would like to lay my cards on the table; gender inequality in the operating theatre has been the least of my hurdles. I do not wish to sound flippant or deny that in some spheres it remains a problem. I will be eternally grateful and humbled by my female predecessors that have carved the way for me in a predominantly male profession, enabling me to speak so positively about my experience.

I have had an interesting exposure to women in surgery. 60% of my bosses were female surgeons. Exceptional surgeons in their own right, regardless of gender. The most standout observation for me, I found both moving and inspiring is the generational thinning of the perceived bulletproof shell traditionally worn by female surgeons, often mistaken as their true identity. The new generations of female surgeons have less of a shell (more of a stab vest), which although may “expose” them as being female (shock horror) it allows them more freedom to grow, innovate, and demonstrate their uniqueness. This is no criticism of the more senior female surgeons; I think the depth of their shell represents battle scars of gender struggles in their careers. Ultimately what I am trying to depict, through mediocre metaphors, is that thanks to our predecessor’s struggles, our generation of female surgeons are allowed to drop the prefix somewhat and become surgeons, who are female.

Our chosen career path is no charmed existence, and I do not deny there still remain ghastly characters, but in my experience, both male and female trainees alike find the same consultants unpleasant and are equally traumatised as a result of their behavior. In general the disagreeable bosses tend to pick on one’s vulnerabilities. If that vulnerability is perceived to be gender, then more fool them.

If women are preconditioned that in order to succeed in surgery they must mimic stereotypically male behaviours, then we are doing them a disservice. In order to succeed in surgery you need to have the qualities that make a great surgeon, full stop. If we were to talk gender stereotypes, the last I heard women were pretty handy at sewing, organising, multi-tasking, functioning under extreme fatigue at night (motherhood), and through our traditional female development have exceptional fine motor skills, dexterity, efficiency, and a steady hand. I think that gives us some pretty great skills to bring to the (operating) table! We should embrace our gender differences and introduce our qualities to enrich a profession that was previously only contributed to by one gender’s strengths and weaknesses.

A poignant moment for me was when my male boss spoke openly to me about his struggles with balancing family and work life. It made me recognise that alongside the changing role of women in the workplace, the male role is also changing within family life. If you take a moment to think about this, really consider it, we can see that traditional gender stereotypes are being challenged in many sectors and tolerance on both parts is called for.

I feel under qualified to pass comment on the topic of having children as a surgeon as it is not something I have managed to do yet, but what I can say is that I do not have any concern admitting that I would like to become a mother. This may not sound like much to a non-female surgeon, however, it was a taboo even for registrars a few years ahead of me. The ability to have children is precious and enriching, so surely it should be viewed as a strength of our gender, not a weakness. Being a surgeon and a mother is fraught with its own difficulties, but so is being an athlete and a mother, or a lawyer and a mother, or a model and a mother.

I do not think women have become any stronger or more able to succeed. We already had that capability; we have just managed to open the eyes of the world to our capabilities. We should not ask for gender specific treatment, there is no room for positive bias in surgery. We want to generate a breed of excellent surgeons. Employ the best people for the job, regardless of gender.

Give a girl the right shoes and she can conquer the world (Marilyn Monroe)– my shoes happen to be clogs.

Amy Godden is a general surgery registrar in North West London. Her core training was in Devon, where she met the surgeons that inspired (and holds responsible for) her career choice.