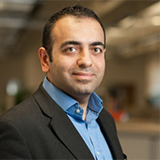 Declining resources, an ageing population, multi-morbidity and rising demands are just some of the reasons adding to an unsustainable workload in general practice. As the RCGP point out in their discussion paper, there is an urgent need to develop strategies that can successfully reduce the workload on general practice while minimising the risk to patients.

As part of this, the RCGP Blueprint for building the new deal for general practice included a request to allow GPs time to innovate as well as find ways to free up more time for direct patient care. Within that remit was a specific call to provide practices with funding to pilot clinical pharmacists working within general practices. NHS England, as part of the general practice workforce action plan, launched the Clinical Pharmacists in General Practice Pilot, backed by Health Education England, The Royal College of General Practitioners, British Medical Association’s GP Committee and Royal Pharmaceutical Society.

What is a clinical pharmacist and what do they do?

The NHS England pilot scheme will part-fund approximately 250 general practice clinical pharmacists (GPCPs) across England. However, it should be noted that only 40-50 of them will be at a senior level (based on the number of years of experience).

As part of their training, clinical pharmacists recruited into the pilot scheme will enter an 18-month general practice pharmacist training pathway, supported by the Centre for Pharmacy Postgraduate Education, consisting of specific learning themes. A key offering will be training to become a non-medical prescriber (NMP), although some pharmacists entering the scheme may already have this. Independent prescribers have the ability to prescribe all medicines including controlled drugs (unless for addiction treatment). All GP clinical pharmacists will be required to have clinical indemnity insurance, which most already have.

The skills and training of a GPCP are anticipated to impact directly on face to face patient care. The Royal Pharmaceutical Society have provided case studies as examples of this. A typical day of a fully integrated GP clinical pharmacist may begin with reviewing and issuing the repeat prescriptions requests, including liaising with patients or healthcare professionals on medication related issues. Some pharmacists also engage with clinical triage of patients either into other clinics or their own ones. These clinics may include condition and medication reviews, specifically around monitoring adherence and tolerability of drugs but also opportunities for deprescribing to reduce polypharmacy and adverse drug side effects. A clinical pharmacist may also also extend some of these roles to home visits or an extended hours service.

Evidence base for GP Clinical Pharmacists

The NHS England pilot scheme has a relatively small, but not unreasonable evidence base which tends to favour likely success. A systematic review of 38 randomised controlled trials that explored the role of pharmacists co-located within primary care settings, including general practice, favored implementation. For the majority of studies, pharmacists were able to deliver a variety of interventions with most studies reporting positive effects in at least one clinical outcome. Despite several limitations (e.g. included study quality, use of surrogate end points, identification of English language studies only) the overall review conclusions were positive.

A similar scheme is being considered in Australia. A qualitative study of key stakeholders within an Australian general practice setting, found that patients generally felt comfortable seeing a GPCP, with a notion that they were an integrated part of the healthcare team. Professional relationships with colleagues (allied health team members, practice managers) were also found to be positive. A notable finding was the benefit of providing immediate reassurance and feedback to clinical colleagues specifically around medication issues. It is important to note however that the study highlighted logistical challenges such as availability of space as well as modifying GPs’ behavior, both of which will need to be considered by applicants for the current pilot.

The long term vision of this pilot scheme should not be seen as a substitute for patients being able to see their GP nor a solution to the the 8000 more GPs that are needed by 2020. A budget of £15 million also means that only a handful of practices are likely to benefit from this pilot. Practices will also have to consider how they will fund the balance of the employment costs as well any ongoing costs (although there are examples of practices making a successful business case for employing GP clinical pharmacists).

Given current levels of GP morale, it would not be that surprising, and to some degree understandable, for there to be some cynicism around this scheme. However, given current workloads, few would disagree that general practice is in need of change and support. So while constructive cynicism should not be ignored, neither should opportunities to innovate. The GP clinical pharmacists’ scheme may have some limitations, but the possibility that this scheme may decrease GP workload and improve patient care, should evoke optimism and consideration.

The views expressed above are those of the authors and not necessarily those of the employing/funding institutions, NIHR, the NHS or Department of Health.

Kamal R. Mahtani is a GP and deputy director of the Centre for Evidence Based Medicine, Nuffield Department of Primary Care Health Sciences, University of Oxford @krmahtani.