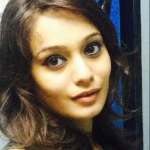 The swine flu epidemic caused by a new strain of the influenza A (H1N1) virus became a public health problem in India in 2014 for the second time in the last decade. In 2009, it was categorised as a pandemic by the Indian government and all public health centres were advised to take strict measures to control it and prevent its recurrence in the future. However, in 2014 when it recurred, our public health system was unprepared.

India was one of many countries in the world that was affected by the pandemic in 2009. With 1178 deaths and more than 12,000 positive cases, the Indian health system struggled to cope with the impact. In comparison to 2009, in 2014 the total number of laboratory confirmed cases crossed the 33,000 mark and more than 2000 people died. Following 2009, the government had suggested compulsory preventive measures, which included vaccination. On enquiry, however, both the government and private hospitals did not have the vaccines in stock during the second epidemic. All the hospitals were out of stock due to the sudden increase in demand.

We conducted a study of 400 doctors, 120 nurses, and 400 people from the general population who were interviewed in the states of Delhi, Gujarat, Rajasthan, and Maharashtra, which were the areas worst affected by the epidemic. The interview questions covered topics aimed at assessing people’s knowledge of the symptoms of swine flu, the mode of infection, high risk groups, prevention, and immunization including the correct use of masks and tests.

80% of those interviewed had not even heard about the disease. When asked we got a broad range of answers on what the word “swine flu” means, ranging from the common cold to HIV/AIDS, which showed the sheer lack of knowledge about the condition. The data collected from doctors revealed that only 77.2% of doctors and only 71.4% of the nurses had knowledge about how to identify swine flu suspects.

Even simple questions such as asking about the correct way of wearing protective masks, which was advised by the government as a preventive measure revealed that close to 75% doctors, 74% nurses, and 89.25% of the general population were not able to answer it correctly.

As a nascent public health researcher, it was an eye opener. It helped me to understand the level of the seriousness of both the government and the private health sector when it comes to public health issues.

During this study, we observed that doctors do not always keep sufficiently up to date about new medicines and vaccinations available in the market, with 34.8% doctors unaware about high-risk groups while only 4% knew about the prevalence rate about this disease.

In my opinion this is just a manifestation of a deeper issue. On one hand high population density, especially in cities make us extremely susceptible to outbreaks and the spread of infectious diseases. On the other hand, severe unpreparedness makes it extremely difficult to curb the spread once such an event occurs. With a large and unregulated private sector where more than 70% of the population access healthcare, public health problems remain neglected. There is an overall lack of knowledge of the importance of being prepared for an event such as this. Even in public health systems, a lack of adequate infrastructure, insufficient resource supply, and inadequate monitoring leave us easily prone to such attacks.

The only way to address these issues is to spread awareness from the primary level and to make public health a part of general education. In addition to this, understanding the needs of the population, being prepared for such outbreaks with an effective public health system, and having regular audits to ensure preparedness, including following international guidelines, is essential to ensure that history doesn’t repeat itself when it comes to infections like swine flu.

Anu Sharma is a student of elearning in Public Health Management(ePHM) course by Institute of Public Health, Bangalore.