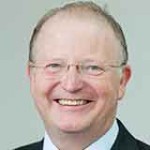 Channel 4 recently aired a documentary by Jamie Oliver called Jamie’s Sugar Rush. Following on from his successful advocacy aimed at improving the nutritional quality of school meals he has now moved his attention to the obesity epidemic and in particular the part that sugary drinks play. In addition to obesity the documentary aims to raise awareness of the thousands of children undergoing dental extractions under a general anaesthetic each year on the NHS as a consequence of sugar filled soft drinks.

At the heart of Oliver’s campaign is the levying of a voluntary sugary drink tax in restaurants. Throughout my career I’ve been concerned about the desire by successive governments to place doctors in the front line to deal with the consequences of lifestyle choices long believing that the pen in the hand of a legislator is mightier than the pen and the prescription pad. Obesity has become an increasing problem across all Western countries where the environment has become increasingly obesogenic. Along with climate change and antibiotic resistance the impact of obesity on the health of individuals and populations is the defining health issue of our age. I appreciate that the politics of food is complex and there seems to be little appetite for politicians of any persuasion to take difficult decisions and this is why we need pressure and advocacy as exemplified by Jamie Oliver. Our Council at the Royal College of General Practitioners (RCGP) recently discussed a position paper on nutrition. The RCGP fully support the view expressed in the Five Year Forward View. What came out of this debate loud and clear was a clear view that the medical profession should not allow itself to be held up as the solution to the obesity epidemic. The use of general practice to identify those with “pre-diabetes” and use an already scarce health resource to deliver lifestyle advice to try to head off the development of diabetes is a case in point. GPs do however have an important role in helping individuals to understand the holistic impact of obesity on their health and to help them with prioritising interventions.

The related public health issues—highlighted by Simon Stevens’ clarion call for better prevention of ill-health in his Five Years Forward View paper requires strong policy and nationally coordinated action (which the RCGP is committed to calling for and supporting).

So what of the proposed self imposed sugary drinks tax? Bring it on—let it serve as an example to our politicians and give them the courage they need to take action themselves. What of the money raised? To invest it in medicine and medical interventions must be resisted, it would reinforce the notion that this is where the solution lies—spend it on the education of the young and free drinking water fountains—after all this is where the solutions lie.

Tim Ballard is the vice chair of the Royal College of General Practitioners.