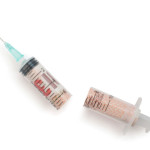 Barely a day seems to go by without yet another story or report spelling fresh financial doom for the NHS. Today it’s the turn of the Chartered Institute of Public Finance and Accountancy (CIPFA), which has issued a stark warning that the NHS is unlikely to achieve the government’s 2020 target of £22bn in efficiency savings while maintaining the same level of service.

CIPFA predicts that without a radical increase in spending, the government will have to charge patients to use some services, such as GP consultations, or be forced to reduce services. 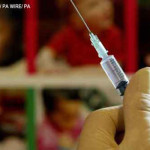 A new US study shows that if you want to convince vaccine sceptics of the benefits of vaccination, giving information about the dangers posed by communicable diseases is more effective than trying to counter misconceptions about vaccine risks.

The researchers found that “directing people’s attention to the risks posed by not getting vaccinated, like getting measles, mumps and rubella . . . changed people’s attitudes positively towards vaccination—and that was for even the most sceptical participants in the study.” They explain this finding by saying that “it is often easier to replace an existing belief with an alternative belief rather than attempting to directly counter it.”

• How to clarify confusion over concept of antibiotic resistance

More helpful study findings on the public’s understanding of medicine comes from research commissioned by the Wellcome Trust, which found that the concept of antibiotic resistance confuses the public, with most people mistakenly believing that it is when their body becomes resistant to antibiotics. The researchers suggest that using terms such as “drug resistant infections” or “antibiotic resistant germs” would aid the public’s comprehension .

This article provides an evidence based review of the specific health needs of sex workers, aimed at non-specialists. Sex workers are at higher risk of many conditions, but they often face structural barriers to accessing care, such as restrictive hours, an inability to pay, unwelcoming spaces, fear of arrest, and so on. Author Michael L Rekart writes that caring for sex workers seeking health services requires knowledge, but more importantly a non-judgmental attitude too.

Kelly Brendel is assistant web editor for The BMJ.