Words typically develop from a root of some sort, and derivatives are formed from a primary word by changing or adding something. You can do this in many ways. You can form adjectives, for example, from other words by adding prefixes or suffixes, such as un– and dis–, or –ed, –ful, –ive, –less,–y, –ic, –al, and –ical, adverbs by adding –ly, and nouns by adding –ness and other endings. So, take a breath. The Indo-European root BHRE, which implied warmth and stirring, gives us words such as broth, bread, and braise. A breath is a warm exhalation, originally from anything cooking or burning. Derivatives include breathful, breathless, breathlessly, breathlessness, breathily, and breathalyser.

Back-formations, in contrast, are words that are formed by shortening other words, which can be done by aphaeresis (fore-clipping) or apocope (back-clipping). In using a breathalyser you breathalyse, a back formation.

Several medically relevant nouns and verbs arise in this way. Examples, with dates taken from the earliest recorded instances cited in the Oxford English Dictionary, include: 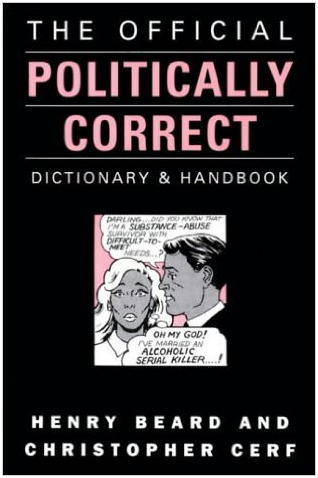 Now, if you can, consider “abled”, an aphaeretic antonymic back-formation from “disabled”. The earliest recorded use dates, surprisingly, from 1946, in a report from the proceedings of the US Congress House of Representatives, referring to “the abled and disabled veteran”. However, the word started to come into its own in the 1980s, with the introduction of terms such as “differently abled”, “otherly or otherwise abled”, “specially abled”, and “uniquely abled”. Instances are to be found in A Feminist Dictionary (1985) by Cheris Kramarae and Paula A Treichler and The Official Politically Correct Dictionary and Handbook (1992) by Henry Beard and Christopher Cerf (picture).

“We are dis-abled by society,” as a writer in the second-wave feminist magazine Spare Rib explained, “not by ourselves or our dis-abilities.” Thus, the Smith College Office of Student Affairs reported in 1990 that the term “differently abled” was “created to underline the concept that differently abled individuals are just that, not less or inferior in any way.” The Office also defined “ableism” as “oppression of the differently abled, by the temporarily able.” Stairs are an example of ableist architecture. Sona Osman, writing in Spare Rib in 1983, explained that “temporarily able-bodied” (or TAB) was preferable to “able-bodied”, because “disabilities are an issue for all, not just because many will (for instance) lose our hearing and our mobility if we live long enough, but because notions of having to have ‘perfect’ bodies disable us all.” By the way, “temporarily metabolically abled” means alive.

But perhaps the most famous back-formation of all was coined by P G Wodehouse, in The Code of the Woosters (1938), in a description of Jeeves’s demeanour at being told that Bertie has no intention of taking a world cruise: “He spoke with a certain what-is-it in his voice, and I could see that, if not actually disgruntled, he was far from being gruntled….” Bertie doesn’t tell us, but presumably Jeeves, being Jeeves, was also couth, kempt, and shevelled.