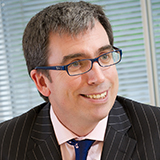 Seven months ago a statutory duty of candour was introduced for hospitals in England, and four months later it was extended to all healthcare bodies registered with CQC. Are we likely to have seen a remarkable improvement in patient safety as a result? I suspect not, although to be scrupulously fair it will probably take years to establish what difference, if any, the new duty has made.

But let’s be clear—apologising to patients and those close to them when things go wrong is plainly the right thing to do. It fosters mutual trust and respect which forms the bedrock of the professional relationship. The real challenge is creating the right culture in healthcare organisations where candour is accepted as normal, and key to this culture flourishing is banishing the fear of saying sorry.

In any patient safety incident, regardless of cause, fault, or blame, the individual harmed would expect and appreciate an explanation and an apology. The apology is an acknowledgement of what has happened—it brings things out into the open. It’s also the first step in a process of reconciliation. Get the first step wrong and you will struggle to maintain the trust of the patients and their relatives.

The form of words used in an apology should not present a problem. It’s best expressed in simple terms—there is nothing wrong in saying, “I am very sorry that this has happened.” The apology is not an expression of liability or an implicit acceptance of fault. The following general points may be helpful to bear in mind.

1. Speak and write as you would in a natural conversation—in the first person. Imagine a needle snapped while suturing a deep wound, needing an image intensifier and further dissection to find it. “I am very sorry that the needle broke” will sound more sincere and less defensive than, “the practice wishes to express regret that the needle broke during surgery.”

2. Set the scene. It will often help to explain (as fully as you can, bearing in mind that further investigation into what happened may be necessary) what exactly what occurred. Once there is context, an apology can naturally flow.

3. Think about privacy and body language. A consultant saying the right words, but standing at the end of the bed, towering over the patient with their arms folded and surrounded by half-a-dozen colleagues may not seem like an apology at all. Take time—choose a quiet moment to speak to the patient, with open body language and perhaps just one other colleague there.

4. A meaningful apology is a dialogue. Saying sorry is part of a process, and it is important to ensure that patients or their representatives can ask questions. Sometimes patients would prefer not to hear from the person involved in the incident that went wrong; conversely, some patients may prefer to have the opportunity to meet the staff member. It’s important to be receptive to such wishes and to be prepared to respond to questions.

5. Take one step at a time. Some doctors report being concerned that what they say in an apology may be harmful if there is a subsequent complaint or claim. The MDU’s experience is that the opposite tends to be true. The reasons patients make a complaint or bring a claim are complex, but a culture of openness coupled with a sincere, timely apology may go some way to preventing them in the first place or reaching an earlier resolution.

Discussions with patients after something has gone wrong can be challenging, but a starting point that understands an apology will do more good than harm will help develop confidence and maintain the professional relationship. Every set of circumstances will have its own challenges, and if you are ever in doubt about what to say to a patient, or how to say it, speak to your medical defence organisation for advice.

Michael Devlin is head of professional standards and liaison at the Medical Defence Union.

Competing interests: I am an employee of the Medical Defence Union.