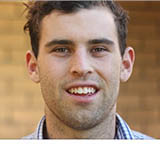 “Hardly more effective than a coin toss.” The damming words from the discoverer of prostate specific antigen (PSA) poignantly reflect the controversies of prostate cancer screening. In fact, Richard J Albin’s principle criticism—”(PSA testing) can’t distinguish between the two types of prostate cancer — the one that will kill you and the one that won’t“—highlights a fundamental flaw of screening. More broadly, it summarises the crux of the preventing overdiagnosis debate: only diseases that will cause harm need to be identified and treated.

H Gilbert Welch’s book—”Overdiagnosed”—was one of my first introductions to the controversies of too much medicine. The equally stimulating Preventing Overdiagnosis conferences were another. In anticipation of this year’s 3rd conference in Washington, I reread Welch’s book.

Welch covers numerous facets of overdiagnosis. The reader learns of fundamental drivers of overdiagnosis—most significantly, the view that disease exists on a spectrum, rather than two dichotomised states (diseased or healthy). This view supports the consequential principle that treatment offers a spectrum of benefit, as well as a spectrum of harm. Thus, when patients with mild disease are treated, they inherit the risks of the intervention with little or no benefit.

The risk of overdiagnosis in cancer screening is also thoroughly covered. The “great prostate mistake” as well as the ever-contentious mammography screening deservedly receive their own chapters. These chapters are meticulously researched and extremely informative, however it is Welch’s discussion of incidentalomas that really grabs me.

As Welch points out, with advancing imaging technology and an increasing predisposition to order radiological investigations, we find more things that we weren’t looking for. These lesions found coincidentally are termed incidentalomas. Welch presents a compelling argument to suggest that most of these abnormalities do not need to be found. This seems counterintuitive; surely an ill-defined radiological lesion should be identified and treated as early as possible?

Well, cast your intuition back to our fundamental principle: disease exists on a spectrum, as does its respective treatment. Often incidentalomas are feared to be cancer, however as Albin says: some cancers kill you and some don’t—even cancer exists on a spectrum. Some incidentalomas are cancers that need treatment and some are slow growing cancers that don’t. There is also a third possibility: the incidentaloma is benign. It is difficult for doctors to know which lesion represents which of the above options and therefore a significant number of these patients get treatment or further follow up. This seems reasonable.

However, Welch questions this belief. Using organ specific prevalence data for incidentalomas found on CTs and 10 year mortality rates for organ specific cancers, he generates a percentage chance that an incidentaloma is not a lethal cancer. Although his calculation is broad and somewhat simplistic—he emphasises they are estimates—the results are quite overwhelming. The chance that a thyroid incidentaloma, for example, is not a lethal cancer is greater than 99.99%. The data is similar for kidney, liver, and lung lesions. Therefore, when patients undergo interventions to treat these incidentalomas they inherit the risks of treatment with minimal or no benefit. It’s quite a compelling argument against early detection.

The British neurologist Rustam Salman reinforces this belief—”I would not have a scan. My personal and professional view is that ignorance is bliss.” Salman’s presentation at last year’s Preventing Overdiagnosis conference addressed overdiagnosis on brain MRI. After quantifying the prevalence of neurovascular abnormalities on brain MRIs of asymptomatic patients, he presented data suggesting that cerebral haemorrhage is more likely from treating these incidental cerebrovascular abnormalities than leaving these lesions alone.

The innovative work of H. Gilbert Welch and Rustam Salman has helped clinicians understand the significance of incidental radiological findings. However, clinicians still struggle with them. Welch quotes one of his colleagues, which I believe sums up how many clinicians, including myself, feel: “we feel trapped by incidental findings. We feel obligated to evaluate them even as we worry that doing so is really not in the patients’ best interest. We know they cause a lot of unnecessary worry; we know they add a lot of cost to the system.”

Jack O’Sullivan is a hospital medical officer at Monash Health, Australia and forthcoming Clarendon Scholar and Doctor of Philosophy (DPhil/PhD) student at the Nuffield Department of Primary Care Health Sciences, University of Oxford.