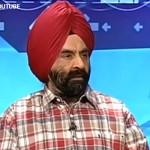 • Can Gurinder Singh Grewal, the new president of the Punjab Medical Council, clean up medicine in Punjab? He is being praised for his anticorruption stance by the media, and his supporters say that he is blazing a new trail in the enforcement of medical ethics. However his critics point out that these assertions are impossible to independently verify because the Punjab Medical Council doesn’t publish disciplinary action taken against doctors. So can he make a real and lasting difference to widespread unethical medical practice in the state? Priyanka Pulla asks him. 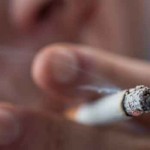 • According to new research smoking cigarettes may increase the risk of developing schizophrenia. The researchers from Kings College London say that they found an increased risk of schizophrenia in daily smokers, a far higher smoking prevalence among those with a first psychotic episode, earlier onset in regular smokers, and an earlier start to smoking among those with symptoms.”

• A 12 year old girl presented to the emergency department with sudden onset of knee pain. She reported hearing a “popping” sound followed by immediate pain and swelling in her left knee. She was initially unable to weight bear. This latest endgames quiz asks what is the most likely diagnosis and what are the differential diagnoses? Test your knowledge here. 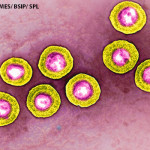 • The latest in our regular series of therapeutics articles looks at the use of antivirals for herpes simplex viruses. Shailendra Sawleshwarkar and Dominic E Dwyer discuss how well antivirals work, how safe they are, and how they should be taken and monitored.

Juliet Dobson is blogs editor and web editor, The BMJ.