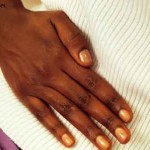 • New treatments for irritable bowel syndrome
In this state of the art review, Magnus Halland and Yuri Saito look at the scale of the problem of IBS worldwide and new and emerging drug and non-drug treatments for this common condition. This review includes a helpful interactive infographic, which guides the user through the appropriate treatments for the different subtypes of IBS. 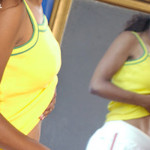 • How to recognise body dysmorphic disorder
Body dysmorphic disorder is more common than anorexia nervosa and schizophrenia and occurs equally in both sexes. In this Practice pointer, David Veale and Anthony Bewley explain how to recognise this condition and distinguish it from body dissatisfaction, which is common but does not cause major distress or interference with life. The article provides helpful tips on what questions to ask and behaviours to observe to help make the diagnosis and the authors present the evidence for the use of cognitive behavioural therapy and selective serotonin reuptake inhibitors in this population. 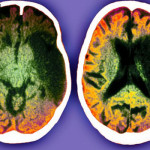 • Clot buster coverage in the mainstream media
Doubts have been raised by the medical community about the use of the clot buster alteplase in ischaemic stroke and the drug is currently being examined by the Medicines and Healthcare and Regulatory Authority. In her recent blog, Helen Macdonald reviews the concerns about the underpinning evidence and discusses a recent episode of File on 4 “Treating Stroke: The Doctor’s Dilemma,” where doctors and patients explain how the arrival of alteplase gave them “something” to use in patients presenting with ischaemic stroke rather than watching and waiting. 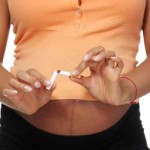 • Smoking rates in women are at an all time low
In a news story today, Zosia Kmietowicz reports that figures from the Health and Social Care Information Centre show that last year the number of women in England who were recorded as smokers at the time of giving birth fell to an all time low of 11.4%, down from 12% in 2012-13, and from 15% in 2006-07. There was a wide regional variation in those who smoked at the time of delivery with the highest prevalence recorded in the Durham, Darlington, and Tees and the lowest prevalence was in London. 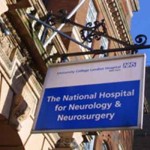 • Inadequate neurology services undermine patient care in the UK
The UK has only one neurologist per 90 000 people compared with the European average of one per 15 000. In his editorial, Paul Morrish examines the lack of neurology services and the unequal distribution of services across the UK with those in London having a 40% higher chance of being seen in a neurology out-patient clinic than people living elsewhere despite London having the lowest prevalence of dementia and epilepsy. According to Morrish, the lack of acute services is even more concerning particularly because neurological conditions are the third commonest cause of acute admission behind disorders of the heart and lung. The editorial delves further into these inequalities and reasons behind them, and calls for an independent review to determine what neurologists should be doing, how many are needed, and where they should be based.