So, there are phonemes and graphemes. A phoneme is a basic indivisible unit of sound, the linguistic atom. A grapheme is a symbol that represents a phoneme. Each grapheme in any well-defined system represents a single phoneme. However, there are several different systems, and a grapheme can represent several different phonemes, depending on the system in use. In addition, some graphemes are also used to represent specific letters, and those letters have names, which are themselves strings of phonemes.

For example, as we have seen, the grapheme /q/ in the International Phonetic Alphabet (IPA) represents the voiceless uvular stop that is common in Semitic languages and sounds like a throaty kay, as in “qat.” However, in English the grapheme /q/ represents the letter kew, with a phoneme that in IPA is represented by the grapheme /k/, the voiceless velar stop, as in “cat;” the combination of q with u is pronounced kw, even though u is pronounced in other ways when it stands alone or when it occurs in diphthongs and digraphs. And in the Pinyin transliteration of Mandarin Chinese, the same grapheme /q/ is used to represent the alveolopalatal affricate, represented by /tɕ/ in IPA, which sounds like tch in English. Qi in Chinese medicine (pronounced “tchee”) is an individual’s life-force, the free flow of which in the body is thought to ensure physical and spiritual health.

This ambiguity between how a phoneme sounds, how it is represented graphically, and what it is called in a language is exploited in phonetic alphabets. Such alphabets have a long prehistory, in the form of educational and ludic rhyming alphabets and acrostic poems. But the first truly phonetic alphabet was created by Jonathan Swift, when he was challenged, in the 1720s, to combine all the letters of the Greek alphabet with the word guinea. He did it by harnessing excruciating puns, slang, and hidden words. Here are a few examples:

However, the idea didn’t catch on until the radio variety duo Charlie Clapham and Bill Dwyer produced an English comic alphabet, which they popularized in the 1930s and later recorded as “The Surrealist Alphabet”: A for ‘orses, B for mutton, C for th’islanders, and so on. Comic Alphabets (figure) is Eric Partridge’s entertaining history of such alphabets. “[Their] origin,” he wrote, “lies in the pleasure mankind takes in playing about with words. The manner … ranges from the naïvely and almost moronically humorous, through the ingenious, to the genuinely witty. … At its worst, the comic phonetic alphabet descends to the nadir of wit, the merely ingenious, the horribly tortured pun. Yet here, as elsewhere, the pun may be truly witty.” In that spirit, I have composed a comic medical phonetic alphabet:

• A fer esis; A f’r asia
• B for blockers; B for variant CJD?
• C for lytic
• D for Kate; D for ent ducts
• E for anaesthesia: E for ent arterioles
• F for vescent tablets; F for moterol
• G for surgery (a US title)
• H for scratching
• I for thyroidism; I for mectin
• J Forensic Sci
• K for scoliosis; K for the community
• L for calcidol; L for interferon
• M for zema; M for tericin B
• N for a red; N for a mammary; N f’r Murray
• O for ectomy; O for treatment
• P for urinalysis
• Q for cancer; Q for outpatients
• R for tablet as required
• S for gillus fumigatus
• T for dentures
• U for cough
• V for voce examination
• W for your distinction award (a dangerous gamble)
• X for in vitro fertilization
• Y for career? (the doctor’s dilemma)
• Z for de doctor (I’be got a code iddy dose)

So that’s how it goes, from A up to Zed.
“Stop there, we’ve had quite enough if it”—Ed. 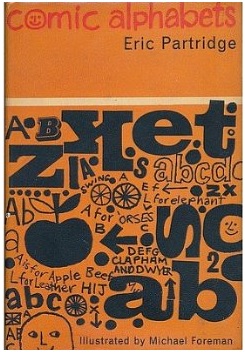